Peter says: The idea for this design is a back to basics LED or LCD watch with a digital/analogue time telling method.

The time is told in an analogue format using digits to act as the marker in a similar way to “On Air” but in this case the digits live in a perimeter around the outside of the display.

Like “On Air” the minutes are told by digits, which also describe the hours by their position on the face. The gap between the two digits act as the marker for the hours.

The remaining ring of the display could be empty or animated in an arc like fashion. The parts of the arc could be used to display further information like seconds.

This design is very simple and intuitive and should appeal to people who like no-nonsense products.

This design stands out due to its simple and intuitive nature combined with a simple but bold look. 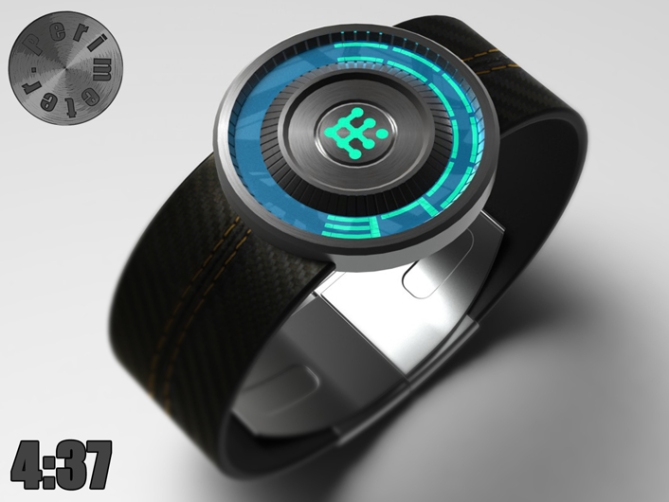 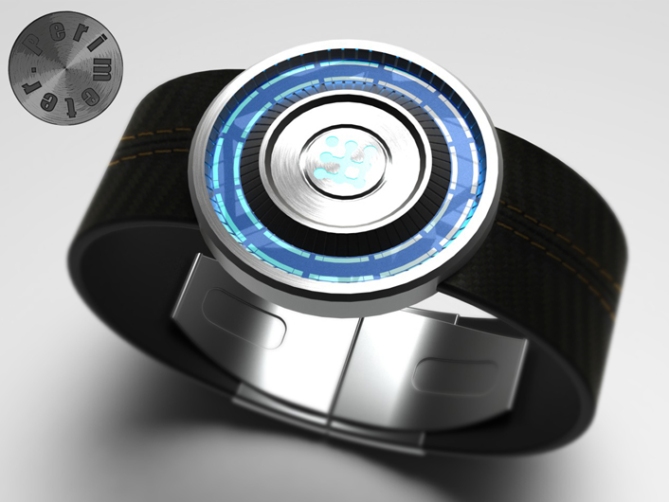 25 thoughts on “Perimeter LCD watch with a digital hour hand”