Peter says: I was making a working clock of my original SWIRL watch concept as a little project and realised that the concept could be made easier to read by dividing the time telling into two or three displays rather than the single one on the original version, SWIRL II was born.

Like the original version the time is told by two or three spiral hands that travel up the bar shaped window as they rotate 360degrees. This time around the time is divided into two or three windows, one for hours, one for minutes and one for seconds. To achieve this the backgrounds behind the two or three windows are opposite colours to the opposing hands. So the hour hand would be practically invisble as it travelled over the mins or seconds backgrounds. This can be made even more effective by having the backgrounds at different levels, so the hour hand might pass behind the background of the minutes for example.

To get the seconds hand to appear invisble over the hours and minutes I have made it clear, then where it is over the seconds background it would be partially illuminated to make it visible. This could be done by using black light reactive paint on the hand and having a low power black light in the seconds portion of the display.

On the two window versions I have shown one with the third window position used as a branding zone and the other uses a digital display to show the seconds.

This concept should appeal to the same groups of people as the original concept as well as  a few others that maybe found the original version either too difficult to read or found the face too simple.

The simple analogue movement combined with spirally goodness seperates this design from others! 😀 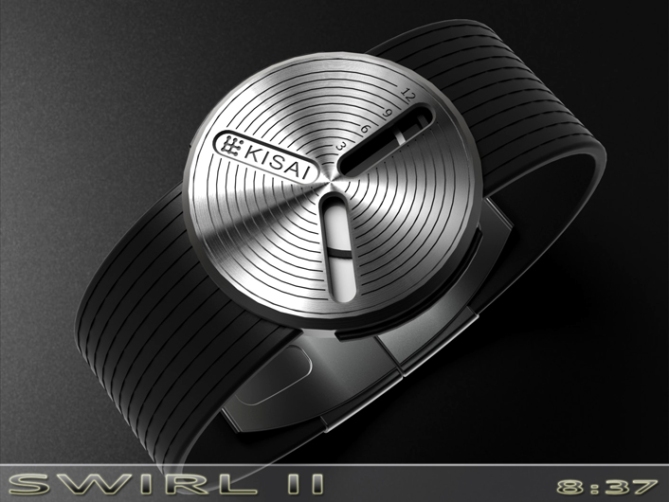