Peter says: Back in the day I did a design called “UFO” which featured a wrap around display that went around the perimeter of the watch and would have been useful as a driver’s watch.

Feasibility was one of the stumbling blocks for that design. Since that design, I have a had a few thoughts on how to make a drivers watch with a similar look but much easier to make.

I then had a eureka moment and realised that it could be done relatively easily using an off the shelf analogue movement.

The time is told in a digital format using two analogue discs but rather than being viewed from above like a conventional watch, the time is viewed from the front face like a drivers watch.

This is made possible by a angled mirrored face which reflects the time shown on the underside of the two analogue discs. These discs could be illuminated either naturally through a transparent panel in the lid or by internal LEDs.

An optional seconds disc could also be used to add a sense of animation.

This design is a novel take on an analogue watch, which should appeal to both the traditionalists and TF fans alike. The driver’s style watch layout gives the watch an usual and slightly futuristic look which leads itself to various styles and finishes.

The analogue movement combined with digital time telling in a drivers watch format separates this design from others. 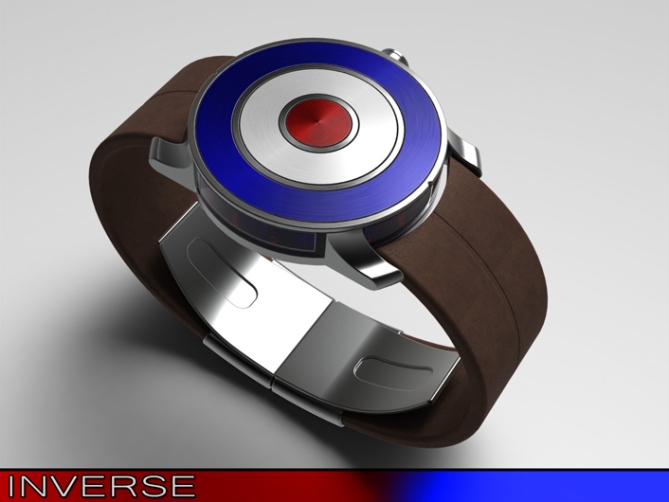