Peter says: In recent months I have had a bit of a thing for triangular watches, sporting 12/5/9 time telling formats. For some reason (in my eyes) these two things seem to go togther very nicely. So here is another version called “Tri-Sector”. 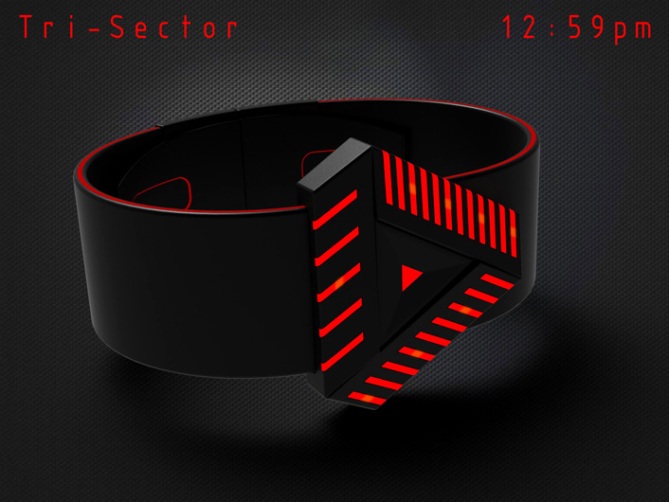 The time is told by three groups of LED blocks arranged on three facets of a triangular watch body. On the left hand facet a group of twelve LEDs displays the hours, the bottom facet has five LEDs for the ten minute groups and the right hand facet has nine LEDs for single minutes.

The single triangular LED in the centre of the watch shows am/pm.

The third, sixth, ninth and twelth LEDs where applicable could be brighter or a subtly different colour to speed up time telling. The arrangements of the illuminated LEDs telling the time could vary to keep things interesting or work in negative. The groups of LEDs would suite a date mode as well as funky animations. 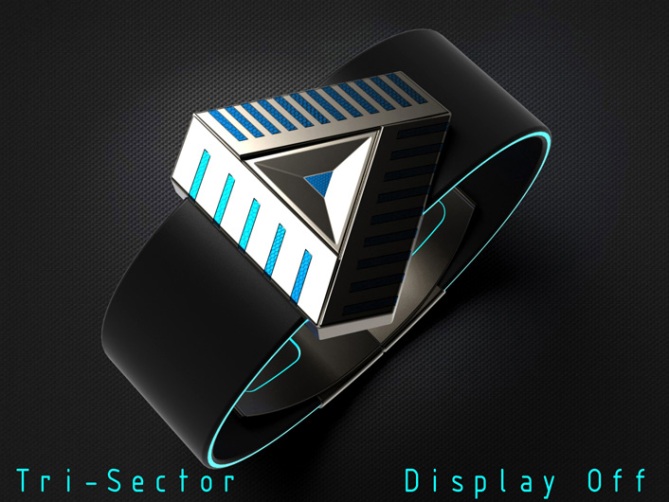 This design has a bright and bold look which would suit a variety of finishes and colours which would help this design appeal to a wider audience. The well known time telling method should make it easy enough for the majority but retain an old-school feel for the TF hardcore.

The triangular form and bright and bold display combined with a variety of colour and finishes sets this design apart from others.

30 thoughts on “Tri-Sector watch is a 3-sided alien timepiece.”