Peter says: This design is a back to basics analogue watch inspired by the shield of “Captain America” from popular comics and film, hence the name “Shield”. The main body of the watch looks like it was turned on a lathe or spun out of sheet material, with contrasting finishes.

The time telling is conventional analogue, utilising a regular movement and watch hands or discs. The lens of the display is clad with matching metal veneers leaving two narrow display “grooves”. The hands or discs can be seen through the grooves giving a futuristic look but easily recognisable time telling. The watch would feature an EL backlight for night-time use or dramatic effect. 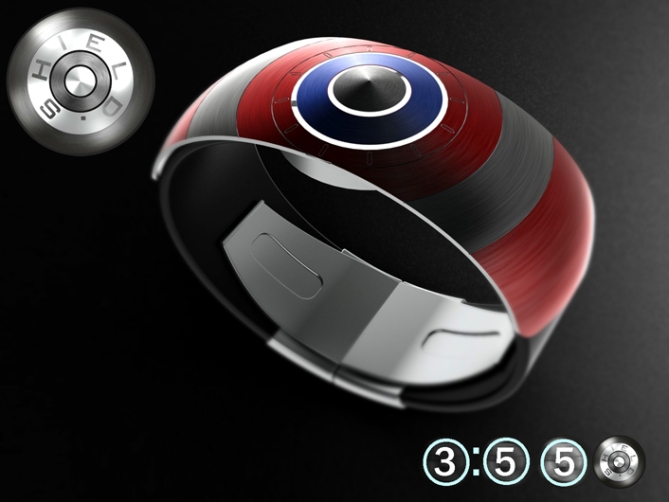 This design has a sleek industrial look that should have mass appeal. The super-hero inspiration should attract the comic lovers and more geeky amongst us.

The proportions should suite both sexes.

The conventional time telling combined with futuristic hero looks help this design stand out from others. 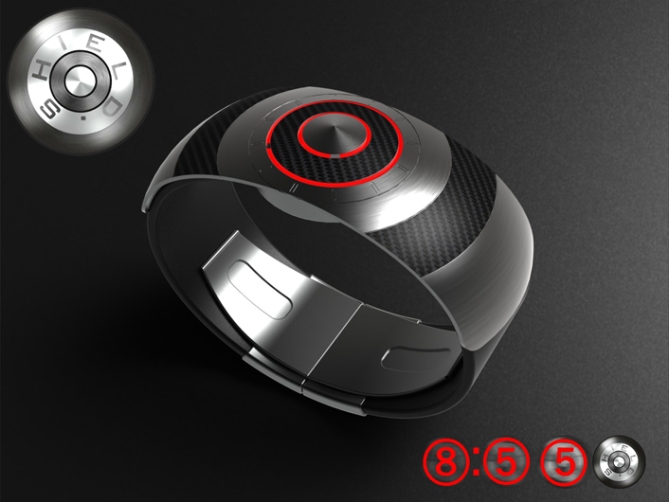