Peter says: This is “Digital Warp” an always on LCD watch. This design just came from an image that popped into my head. The image was digits that were distorted around a circle “warped” if you like. So I just made four digits concentric wrapped around each other as if they were being sucked into a black hole in the centre of the display.

The time is told by four concentric digits which wrap around the center of the display. The digits are read from outside in. The outer two digits describe hours or days, and the center two diplay the minutes or months.

This design is incredibly simple and should appeal to those who belive in the expression “keep it simple…stupid!”  the digits are hidden in plian view and look cryptic to those unfamilier with it, but will be clear as day to the initiated.

This design stands out due to its simple time telling method and being viable from production perspective. 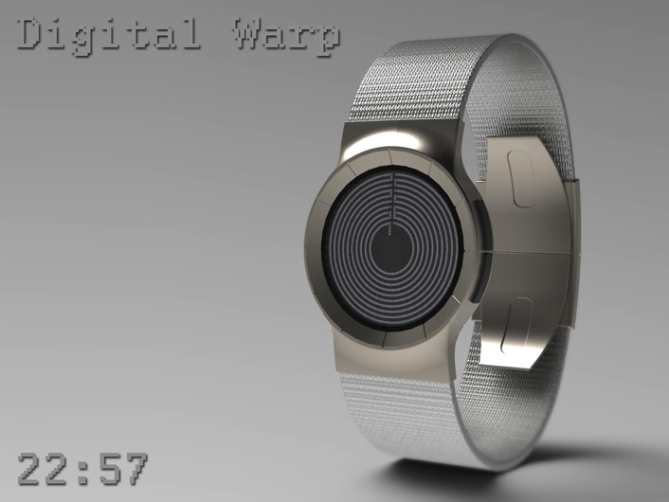 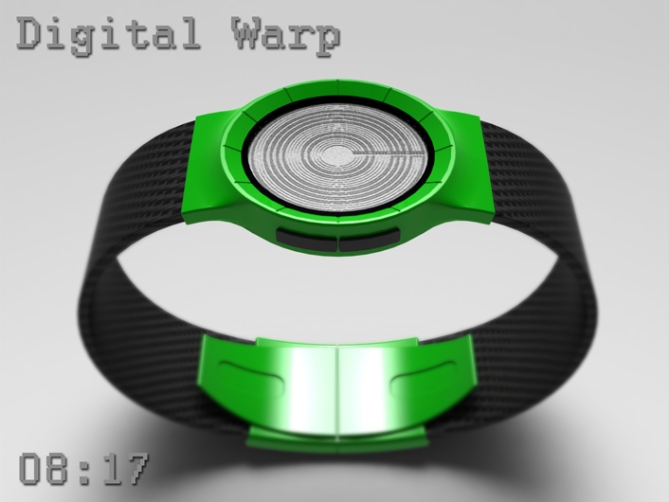 33 thoughts on “Digital Warp LCD watch replicates a black hole on your wrist.”