Peter says: I was watching a TV programme about self build homes a while back and they featured a glass system that looked like conventional glass until an electric current was passed though which turned a layer inside the glass opaque. I thought it would be nice to propose this tech on a watch display. “Polerize” was the result.

The time is told by an slightly cryptic looking digital LED display that glows through a “tinted” lens. The top and bottom numbers (irrespective of colour) describe the hours and the left and right numbers describe the mins. This is very simple and clear format for quick reference of the time. If more information is required the lens is un-polarised showing another display (LCD) which remained hidden behind the tint. This display could feature more detailed information or modes which may include day and date, alarm, stopwatch, battery level etc. The watch may also have some basic smart phone connection information that could be shown on this hidden display. The lens could automatically un-polarise when notifications appear. 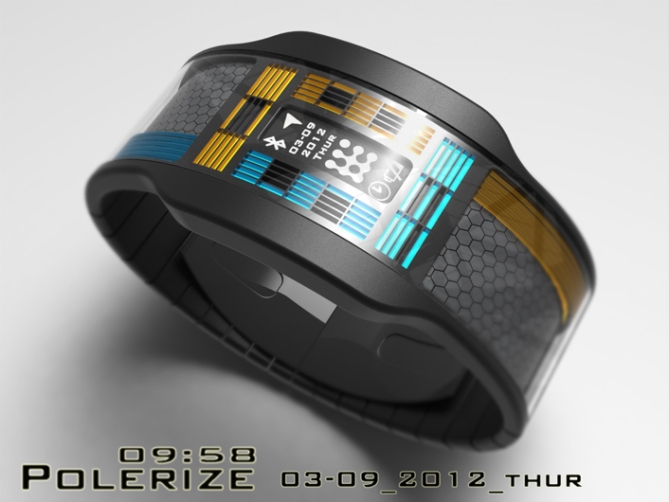 This design has two distinct personalities, one is clean and uncluttered and may appeal to the more understated consumer. The un-polarised personality is more detailed and busy which may appeal to those who like more information at hand.

The combination of the LED, LCD and lens polarisation separate this design from others. The Jekyll and Hyde contrast between the polarised and un-polarised states add drama to the design which helps it stand out in a crowd. 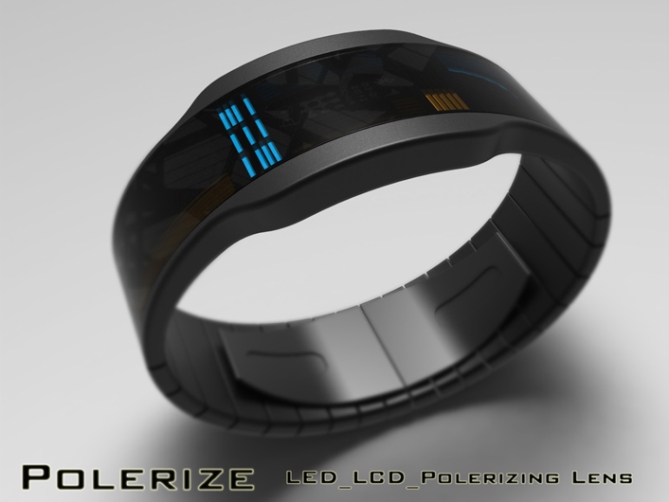 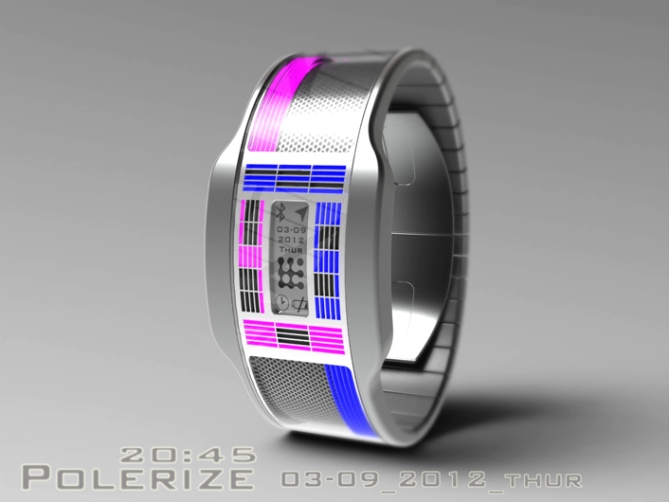