Design submitted by Romain from France.

Romain says: I had the idea of this watch by seeing an international clock with 8 dials for 8 cities: New york, Paris, Tokyo… and I decided to do a watch with 8 dials. 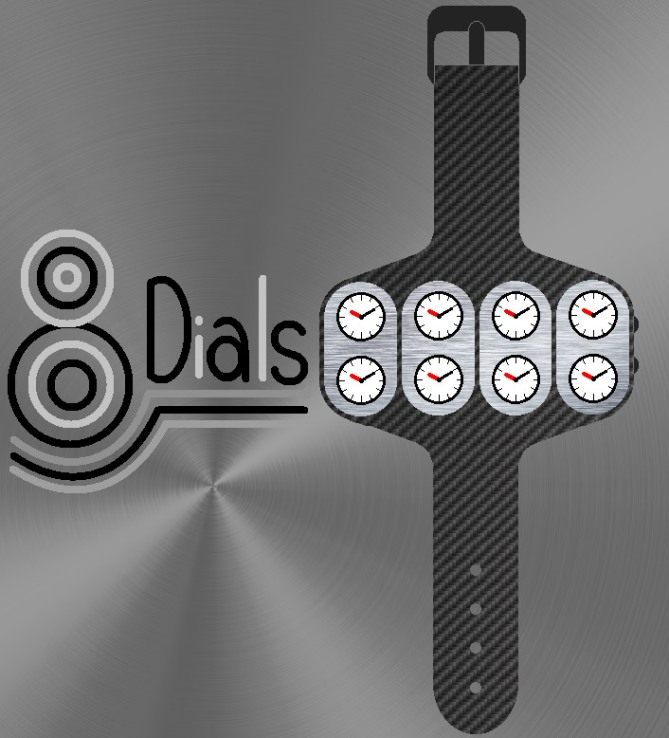 The “8 Dials” watch is obviously composed of 8 analog dials, like 8 classic wall clocks. The first 4 dials show the hour, the other 4 dials show minutes. To teel the time, you have to imagine that the hands are extended on the LCD screen which surrounds the dials. But if you want an easier reading, there is a reveal mode with the lcd display

I think this watch is for those who want an hybrid watch : analog and lcd display, and those who like classic but nevertheless original watches.

This watch is different from other because it look like 8 classics analog clocks, but the time isn’t shown directly by the dial hands, like most watches 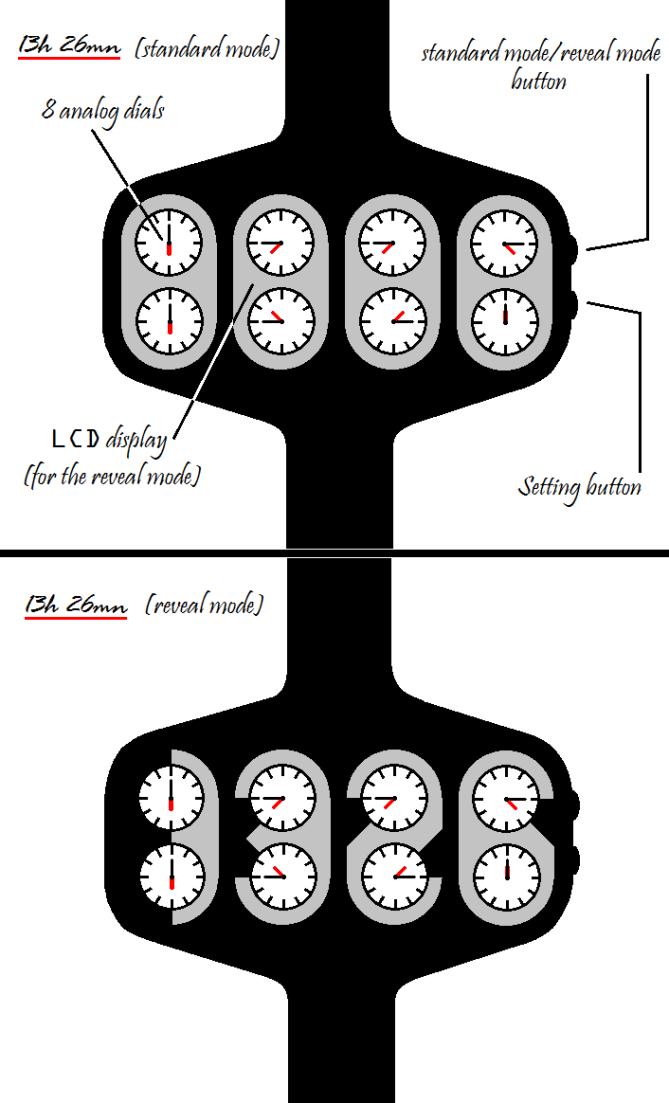 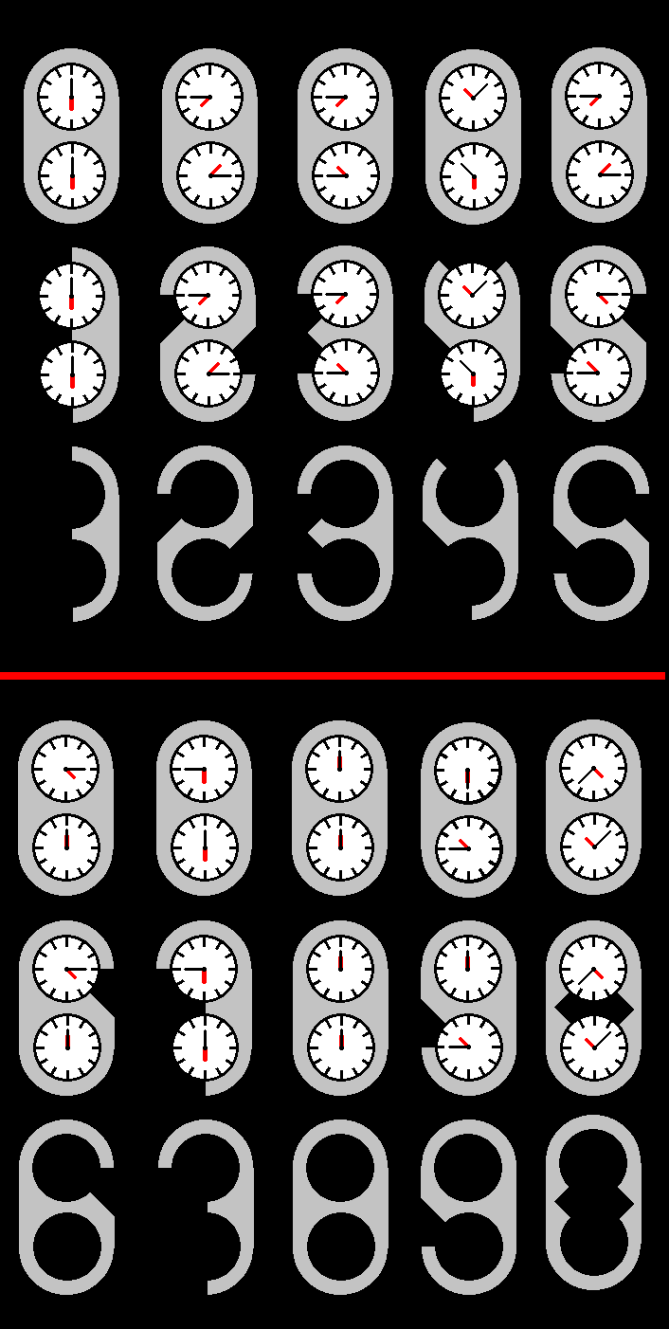