Peter says: I wanted to come up with a simple LED watch that could display digits using as few LEDs as possible. I wanted the design to have a detailed industrial look, which would suit various finishes, materials and colours. I then decided with a couple of tweaks that a second time telling method was also possible. 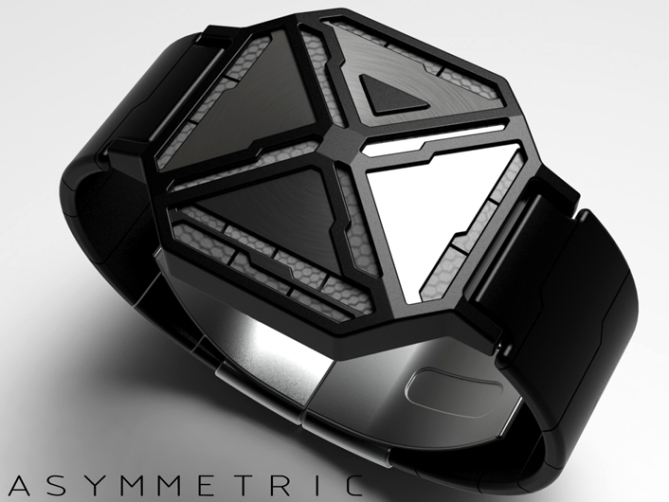 The time is told by the asymmetric array of LEDs in two different styles. The first is purely digital showing the time in four phased digits. The second is a reverse of the time telling used on NightVision. The hours in this case are displayed by digits and the minutes in 5 min groups in the analogue positions along with four single minutes in a vertical column on the left hand side. 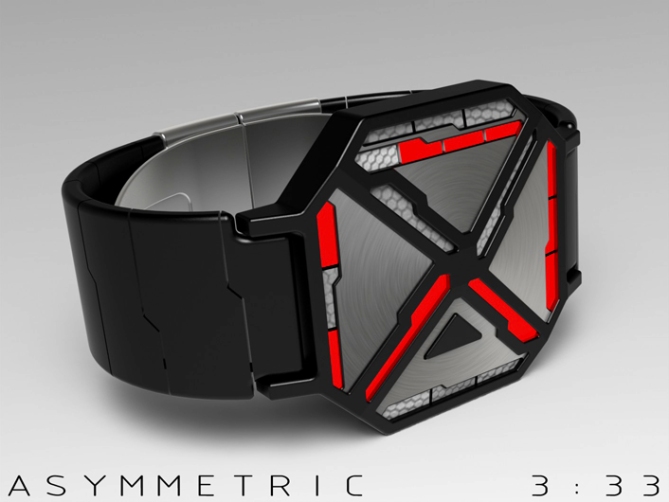 This design is industrial in its nature so might appeal mostly to the chaps. That said with the right combination of materials/finishes it could also suit a ladies wrist.

The design has a sci-fi look which might appeal to film buffs and gamers.

The asymmetric layout in combination with LEDs and industrial materials and colours sets this design apart from others. 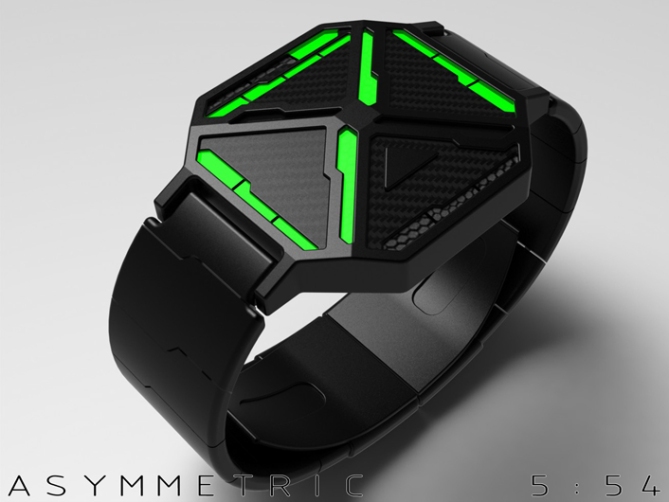 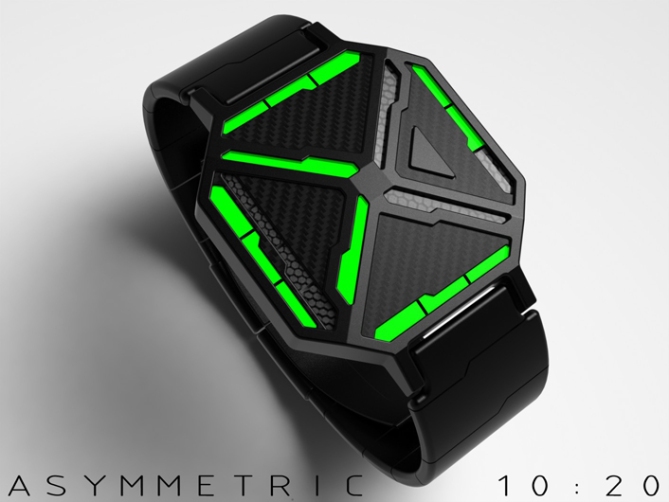 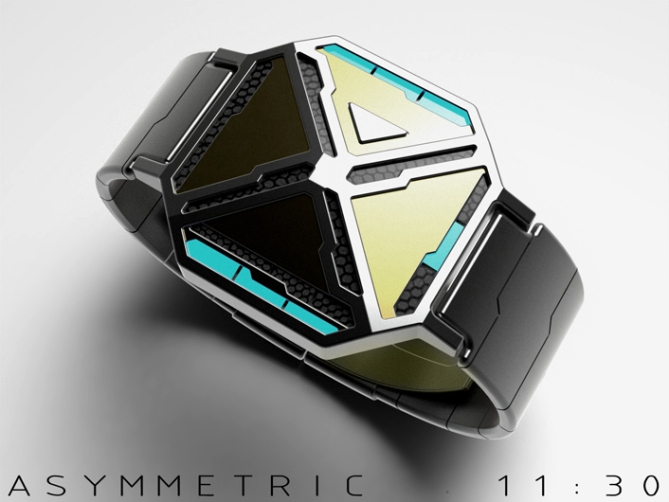