Peter says: As blog regulars know I have a thing for industrial and mechanical designs. Im also a bit of a film buff and gamer and like futuristic cars and planes that often feature.

This design I guess is inspired by futuristic planes from film and games and has a little DNA from earlier designs like “hunter killer” and “drone”.  This design is called “vtol” (vertical take off and landing) and features two jet engine like displays. 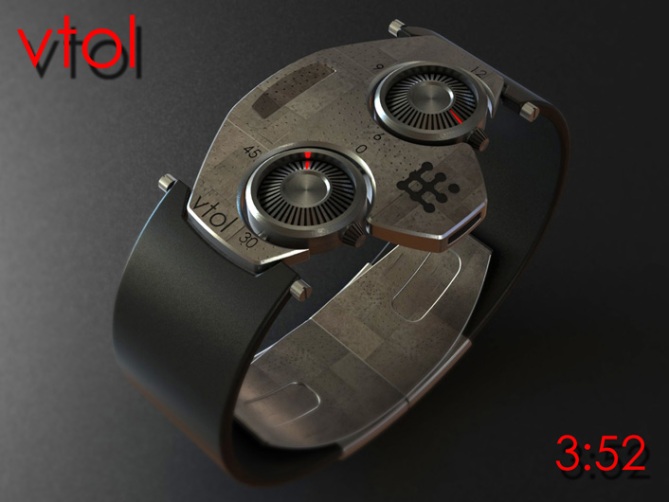 The time is told by the two jet engine like displays in an analogue format. The top display describes the hours and the lower one the minutes. This could either be analogue with “3D discs” with cut out markers or two LED arrays. I have divided the displays into 40 segments (1.5 mins) to keep it as simple to make as possible if LEDs proved to be the preference.

This design is mechanical, industrial and futuristic. It may appeal to people who like expensive mechanical watches who dont have the budget for such. The design could also appeal to steampunk fans and techies alike.

This design could be very easy to make using two LED arrays or two conventional analogue movements mounted in the  aircraft shaped body. This simplicity mated with a striking look seperates it from others. 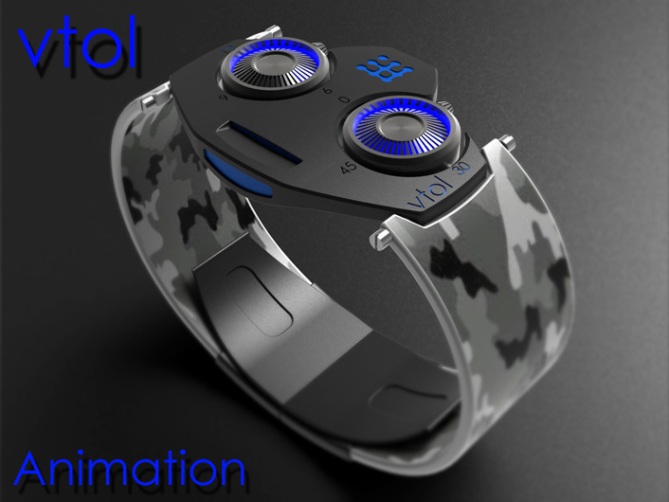