Peter says: I had an image in my head of a triangular faceted watch which looked like something based on a stealth bomber or the triangular shaped ufo from an episode of the X files.

This image developed into “Stealth” (you see what I did there?) A triangular faceted watch.

The watch consists of a triangular body with a faceted face sporting three displays (could be one with a 3d lens or cover separating them) These displays could be LCD, LED or e-paper.

This format would also be able to describe the date, alarm, stop watch etc etc.

The triangular body would allow for an unusual strap which might look like a harness in race car or could be swapped for a chain or key ring.

The design is pretty conventional in its time telling so shouldn’t scare too many people away in that regard. The unusual shape and appearance may appeal to the hard-core TF fans and people who like their products a little different.

This design stands out from others due to its unusual shape and screen arrangement. The possibilities for a bespoke strap should also help it grab attention in the crowd. 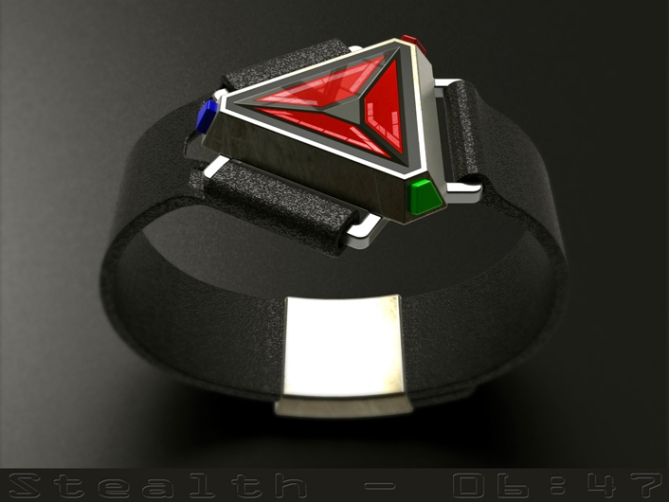 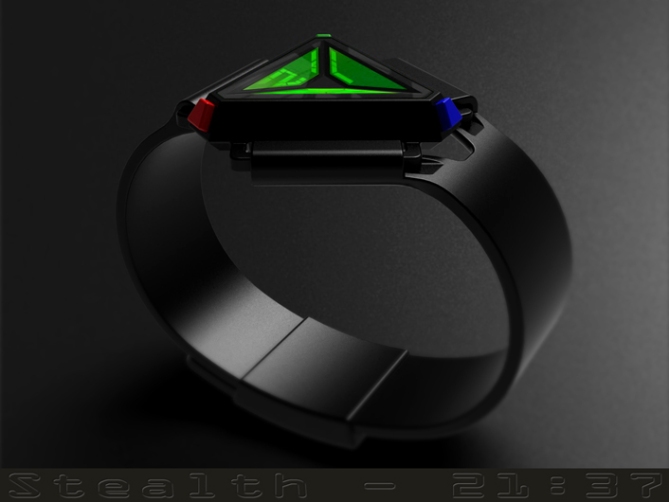 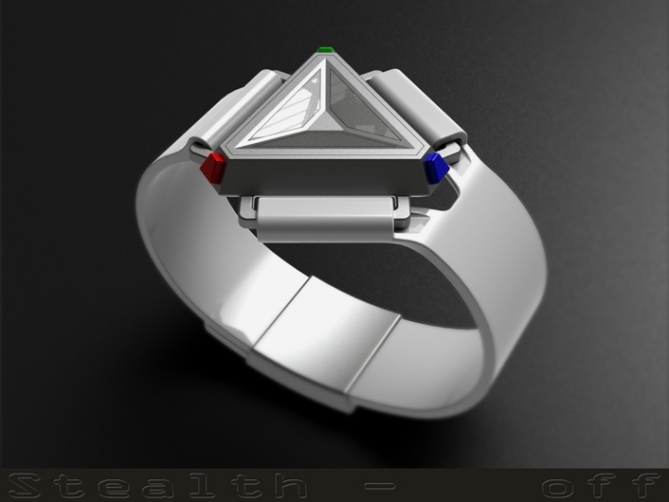