Design submitted by Matt from Canada.

Matt says: This is STEAM, because of the steampunk appearance. The idea for the display came while watching a movie, specifically a short animation of one of the producing company at his beginning. There was a gauge at the left followed by eight rectangles displaying changing numbers that eventually changed to the name of the company.

I was using the brown during the early designing stage and I was supposed to change it after doing the case and before sending it. But then I become conscious of the possibility to make it with a steampunk look. So I modified the decorative screws, choose to go with a metal case with a leather band screwed under. I rounded the top and bottom surface because flat surface look bad. I added inlay slots that can be used for optional dual-color. I added 4 decorative cylinders because the area around the buttons looked empty. (One of them could be used to connect the USB cable if it was using a rechargeable battery)

The gauge is used for the hour, with a real hand, which start at 7 o’clock and end at 5 o’clock. It can be 12 or 24 hour format. It can be always moving or retrograde (moving once at every hour).

The minutes and seconds use 4 LCD screens to show digits, or a single screen virtually divided in 4 by the case plate. They usually have 1 full digit, but sometime they have 2 partials digits. This occurs every .5 seconds before the digit on that screen will change to the new one.

Peoples who like steampunk objects and/or analog-digital combined watches are the target market.

There’s 4 things making it stand-out: The steampunk appearance; the dual-straps band; the combination of analog and digital displays, which is used to show 1 time & not dual/triple-time; The animation provided by the 1’s second splitting in 2 partials digits every half-second and the others splitting .5 second before the new time & going to the new, full and single, digit on time. 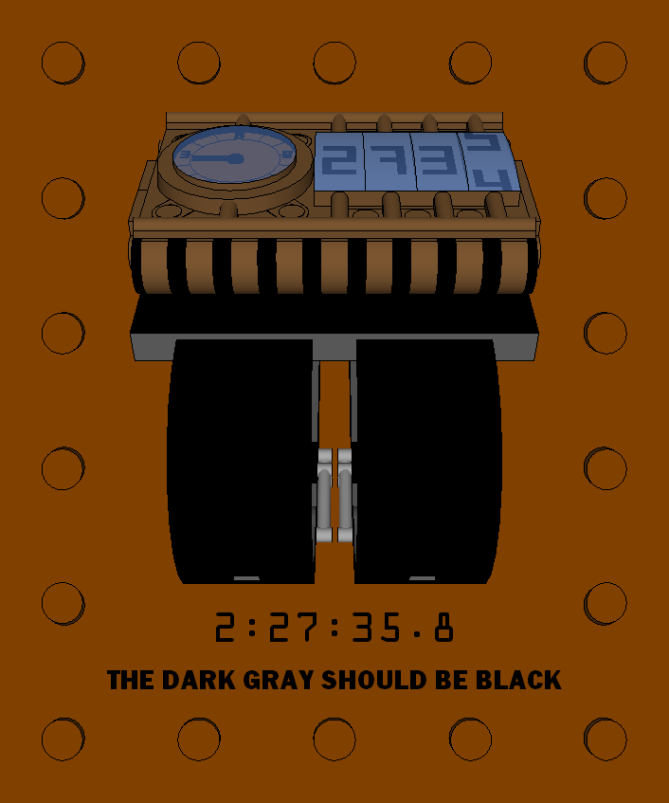 19 thoughts on “STEAM watch ideal for the Victorian time traveller.”