Peter says: “This is “Actuator”, an evolution of my “Hybrid” design. The original Hybrid concept was popular when it featured on the blog in March 2012, but proved to be too costly to make and technically difficult due to the heavy metallic disc. This version uses a similar time telling method but gets around the technical issues. 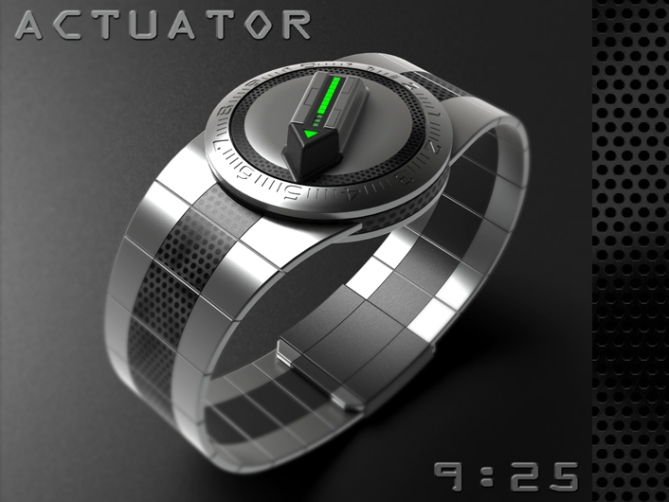 The time telling method is very similar to the original Hybrid concept, only in this case there is no mechanical movement. The user “Actuates” the display themselves, making the design technically simple. 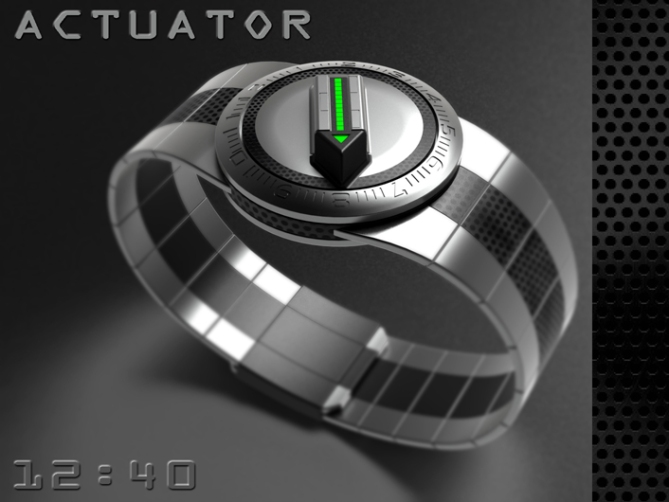 There are a few variations possible. The first is a single knob or disc which features 12 LEDs for displaying the hours and a triangular LED for highlighting the minutes. The wearer simply rotates the knob or disc which activates the hour LEDs, then when the triangular LED is pointing towards the appropriate minute it also illuminates to describe the time accurately. 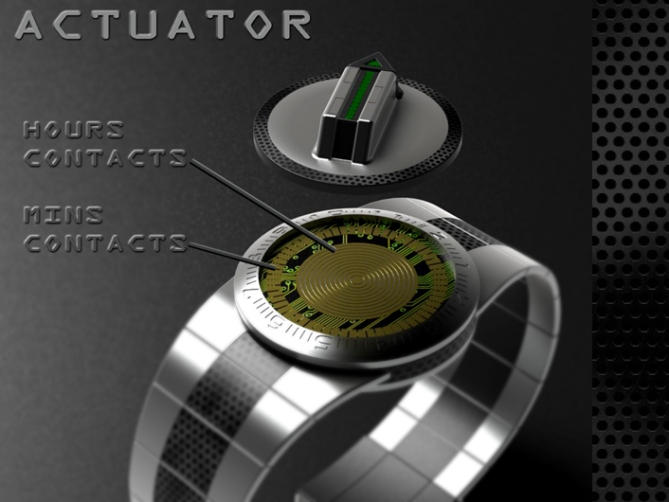 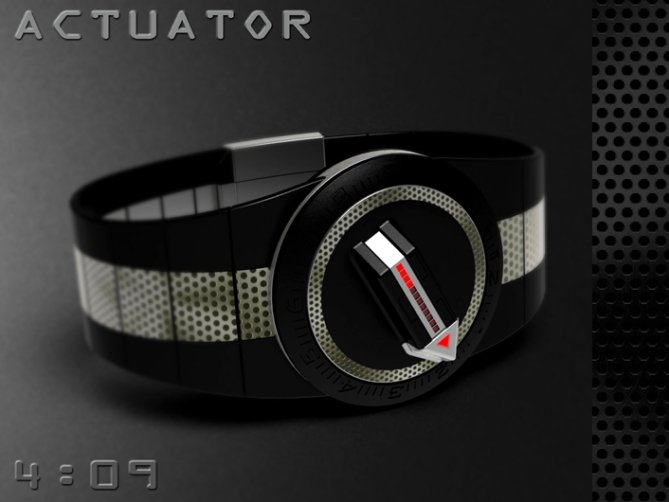 The colour of the LEDs could change to describe the AM or PM to keep the number of LEDs to a minimum. 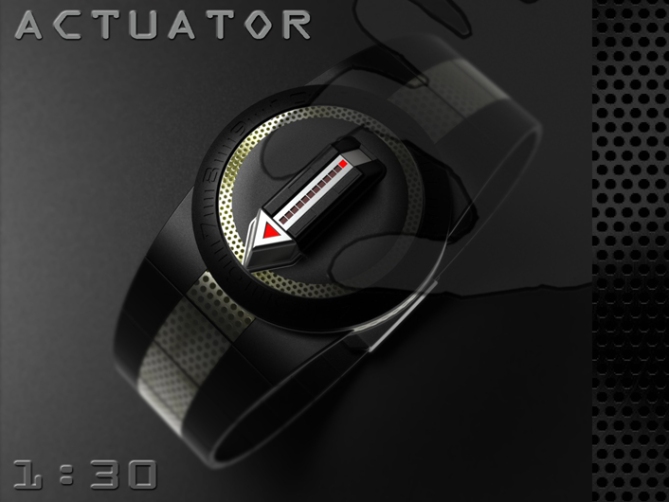 It may also be possible that the “Actuation” of the knob or disc could generate power (kinetically) giving a longer period between charges. 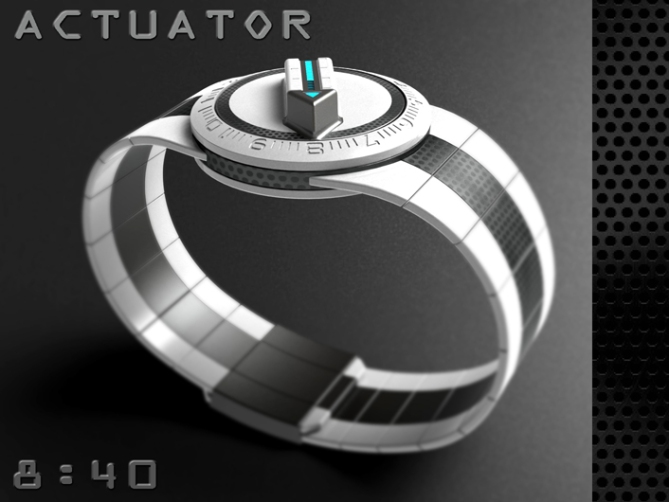 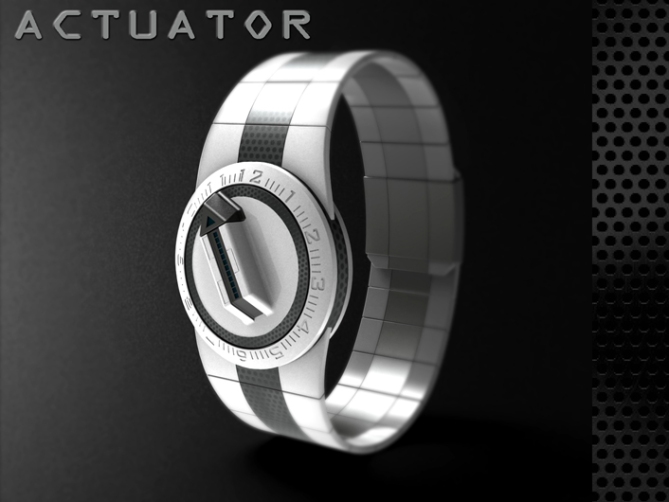 The second variation has two rotatable knobs or discs, one for hours and one for minutes. This is simpler in the fact it reduces the number of LEDs to just two but requires more electronic contacts/pickups. 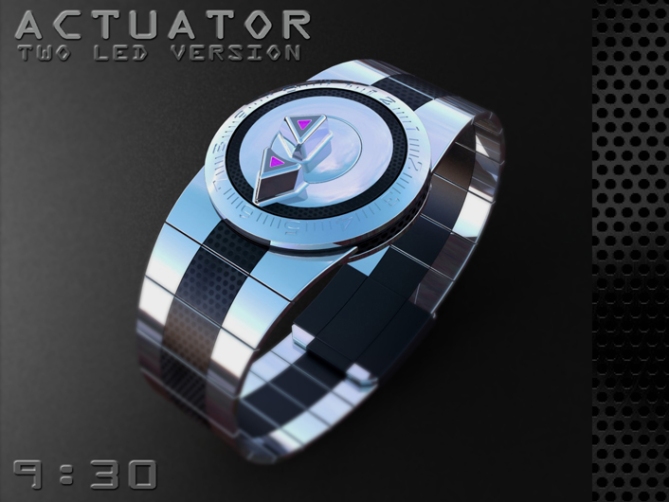 This design has a unique and industrial look which will appeal to folks who like unusal products that are simple and intuitive.

The simple time telling method combined with the manual aspect and industrial element makes this design stand out from others.”

28 thoughts on “LED Watch with User Actuation To Reveal Time”