Design submitted by Andy from the Ukraine.

Andy says: I decided design something new based on roman digits stylish watch

In this concept is used  re-styling of Roman digits. 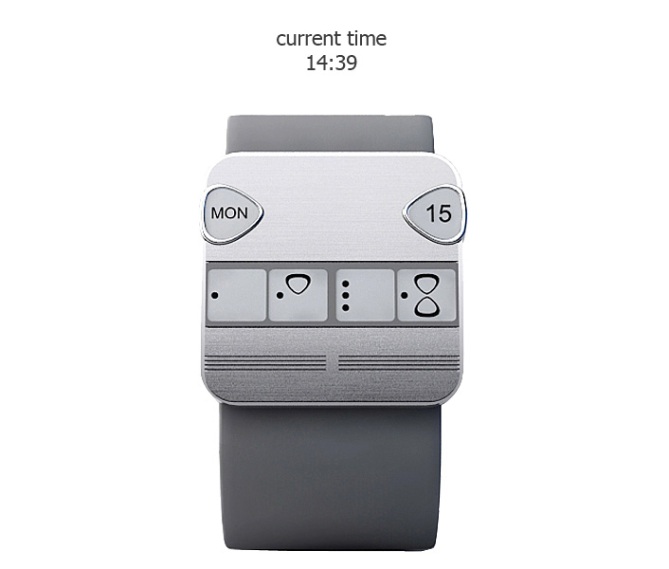 In the upper part of the case  shows the current  day and date.

This watch can be interesting for peoples, who like not the traditional way for telling time. For peoples who like futuristic and minimalistic style in watches.