Peter says: I have submitted a few analogue designs in the past and most were perhaps a little too imaginative. They tended to be technically un-feasible and required expensive bespoke mechanisms to allow them to work. For this concept I decided to go back to basics and use a traditional disc style analogue time telling using similar construction to “Uzumaki”

The time telling is told by two (maybe three) analogue discs that describe the hours and minutes (and possibly seconds) using similar materials to “Uzumaki” linked to a conventional off the shelf analogue movement.

The discs in my example have cryptic looking numbers (in a sci-fi looking font) to highlight the time, these numbers could easily be replace by Kanji or maybe Klingon numerals for a more exotic look. 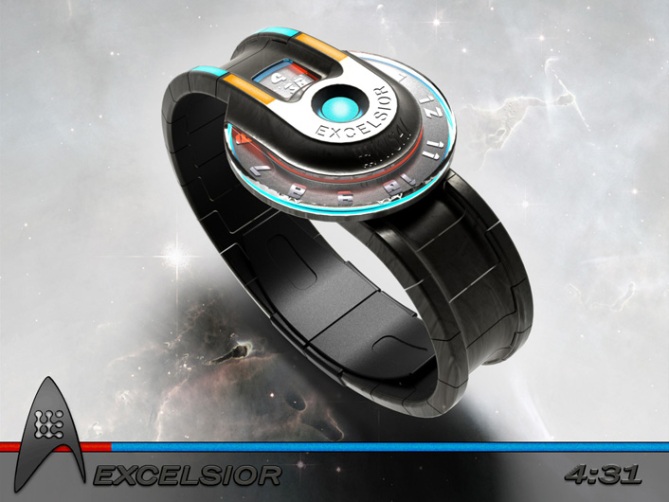 To make this design stand out the rest of the watch is inspired by star trek space ship designs. The watch features a a-symetrical case where one half of the strap attaches on the top of the watch and the other end attaches on the underside. This allows for a large internal space for mechanism and electronics etc. The display part of the watch would be a larger diameter but thinner which would make the watch look less clunky than it actually is. 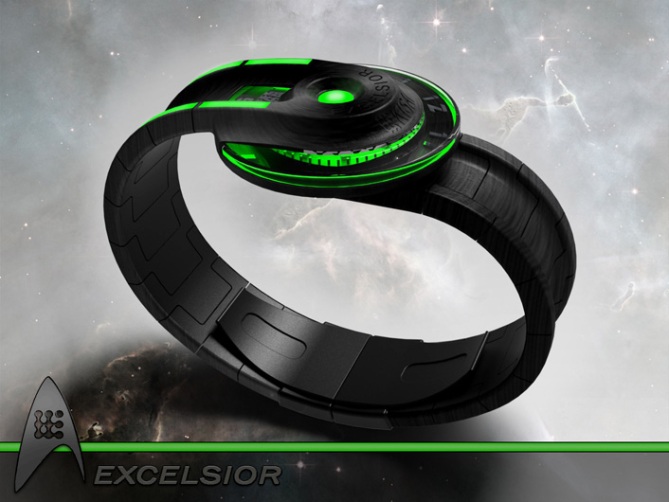 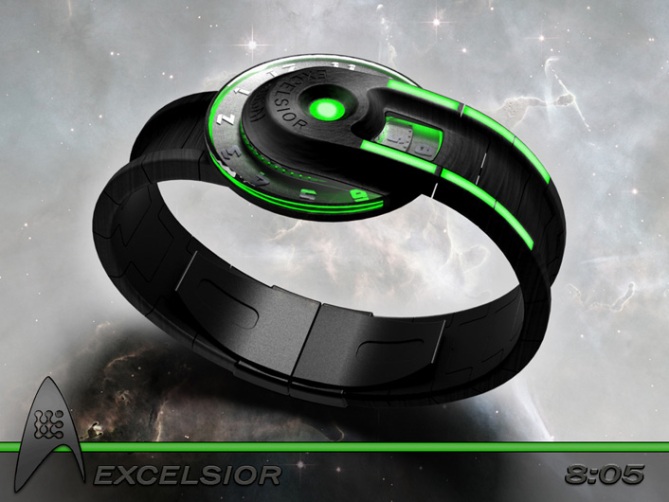 The unusual layout combined with analogue disc time telling and funky backlighting/LEDs gives the watch an unusual but somehow familer look. This look should appeal to sci-fi and steampunkt lovers alike. The watch has the possiblity of being both extrovert and subtle at the same time. The extra LEDs in my example are mainly for decoration and extension of the theme but could also be used to display extra information (like am/pm indicators etc) 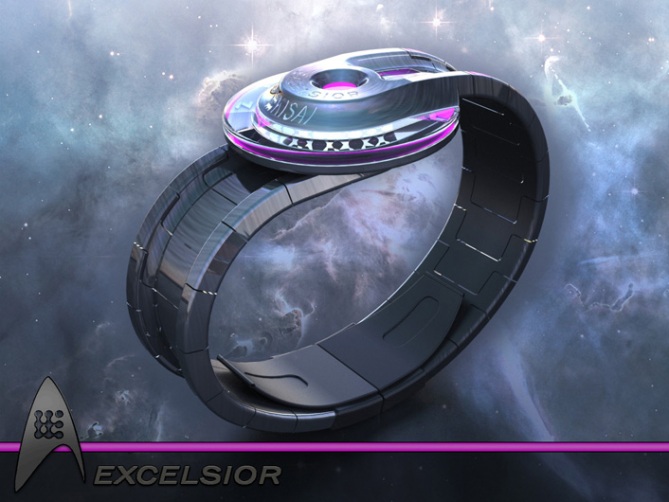 The combination of sci-fi looks, conventional time telling and construction set this design from others. The funky lighing schemes combined with a selection of materials and finishes allows the wearer to stand out form the crowd and to boldy go where no other watch wearer has gone before!! 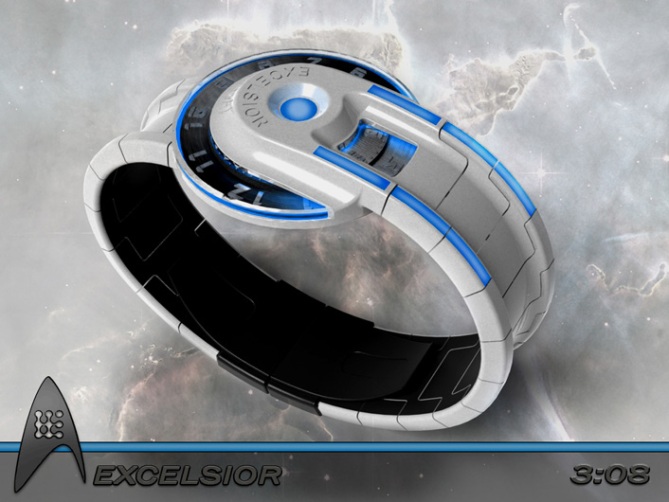 49 thoughts on “To boldly go where no other watch has gone before!”