Sam says: First there has been the sun dial. That has been mechanized and so it became independent from the sun. Then only the relevant numbers have been taken and time telling became digital. Later, these numbers have been represented by shapes and colors and so time telling became artistic. It’s time for another step, a watch that fuses all information into a compact display.This concept watch consists of three elements. The carrier: It’s a stainless steel case with the battery, a USB charge plug-in and the straps. The button array: It’s a gunmetal block with the four buttons. Between these first elements is the gap: It tells the time with 12 LEDs.

The 12 hours are told by red LEDs. Five 10-minute-steps are told by green LEDs. Single minutes are told by blue LEDs. Simple rule: 12-5-9 -> R-G-B. Each color can be activated by a representing button. But the professional time telling occurs by another button that lets all colors light up at the same time. Whenever different colors overlay, the LED(s) light up in their mix color (red+green=yellow, red+blue=magenta, green+blue=cyan, all together=white). The LEDs are separated by small indicators of which each third one is a little thicker to ease up reading. 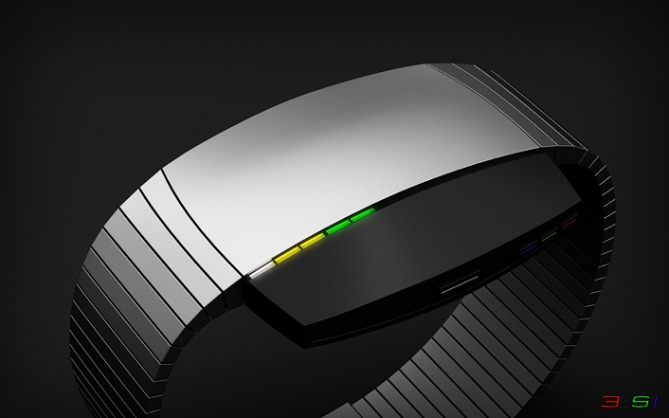 This time telling method requires training. Really. You can learn relaxingly if you press the colored buttons separately one after the other. Later you learn to interpret the mix colors by pressing one button and adding another one step by step. Once you are used to it, you are ready for the white button, that displays all required colors at once.

Sam chose an asymmetric design with a simple but elegant shape and emphasize the time telling gap by letting it cut through the watch. That can be flipped by 180 degrees so you can wear it how you prefer. If worn on the left wrist and having the button block right, the buttons can be comfortably pressed by the right forefinger. If the button block is left, they can be perfectly reached by the right thumb. 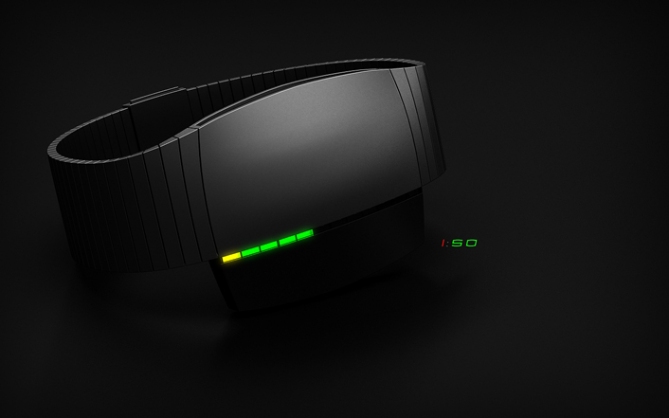 The time telling method is undisputably tough. If you are willing to learn because you like colors and a minimalistic style, LED Evolution takes you one step further into the history of time telling. Can you evolve?