Design submitted by Ron from The Netherlands.

Ron says: I was playing around withe the iPad tilt function and wondered if I could make it work into a watch.

The watch should be sleek, sophisticated and simple. You see a lot of tiny cubes. By changing the tilt of the watch you change direction the light shines on the cubes. The numbers also consists of the same cubes but they stay the same so you can see them by changing the rest of the cubes by tilting the watch. Sounds hard but it is simple.

Nearly everybody. It will be a very nice show off plaything and sophisticated watch at the same time.

It’s a truly unique watch (if it can be made)! 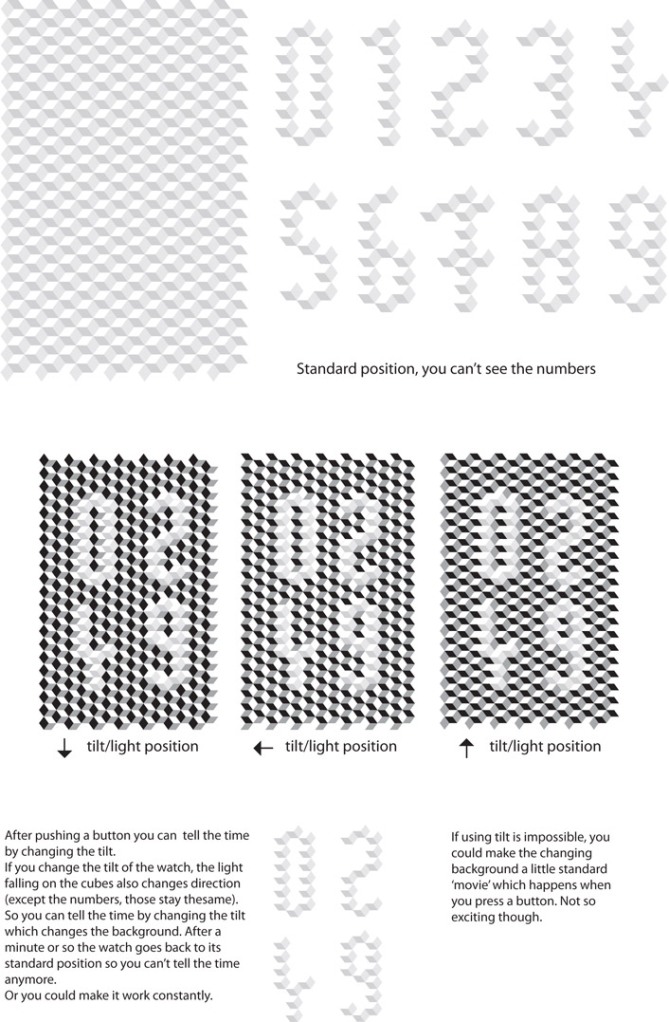