Peter says: “This is “CC” which stands for “Concentric Chronograph”. I wanted to come up with a watch with multiple displays which are concentric around each other, rather than the traditional two or three small displays mounted on one large display.

This layout allows us to show various different combinations of time, seconds, date, duel time, alarm, stop watch etc together at the same time. This would be technically dificult with a mechanical movement so I chose to use LCD in an analogue style.

The time is shown in an analogue style, either on its own using the three concentric displays or in combination with the date on seperate displays. The LCD is a matrix type which would give more options in the display style. This could include extra numbers, hand styles, extra markers, reverting the colour etc.

Having the multiple displays and display style options gives the watch a variety of looks that will appeal to those who like customisation. It also gives the option of backlighting the seperate displays different colours, adding to that theme.

The LCD gives the watch a technical look which will hopefully attract people who like modern products while the analogue style of the display will hopefully keep the traditionalist interested.

The strap passes through a channel in the case which would also give the option of a fob style strap. This could be used in conjunction with a key ring or cord to suite more people’s styles.

The concentic displays seperates this design from others, the variety of display styles, colours and customisation give the watch a premium feel. The option of different straps give ths design a flexibilty that helps it stand out from the crowd.” 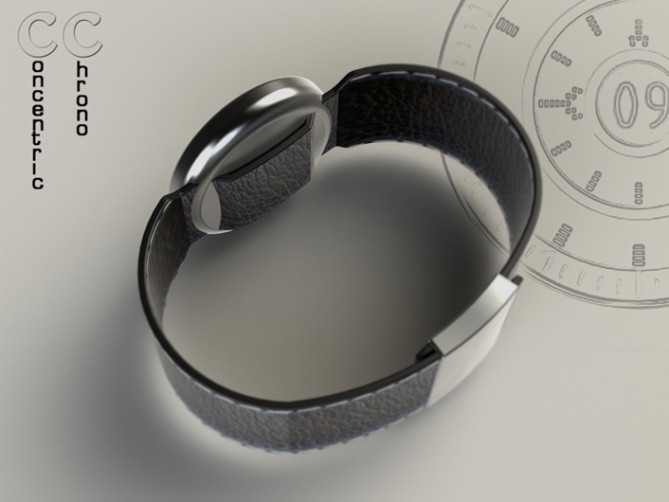 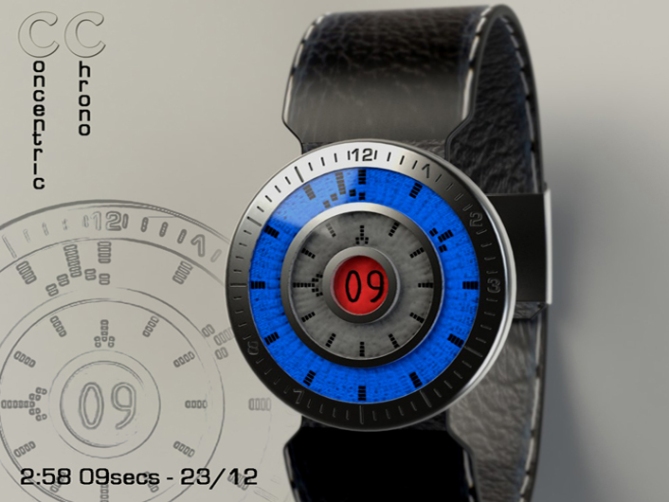 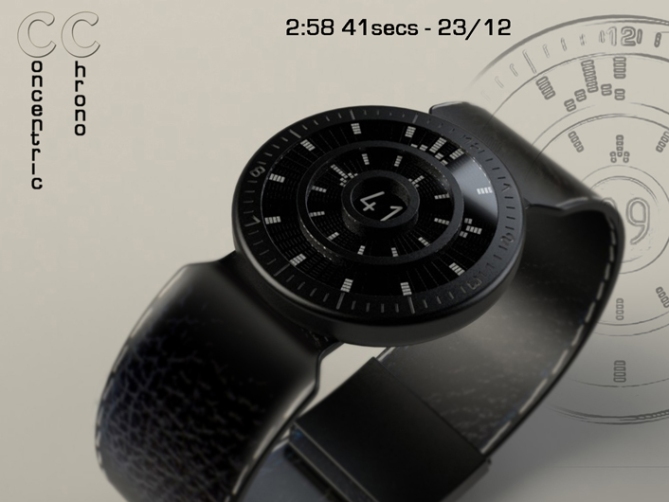