Hea’thër & Sam say:  In 1947, a Blutonian vessel crash-landed on Earth, and in searching through the debris, scientists were fascinated to learn that objects that came from the planet Bluton glow purple when exposed to Earth’s atmosphere. In view of the fact that the vessel’s crew was never recovered, many believe that there are Blutonian natives living among us today, hiding in plain sight. You may even be able to recognize them by their sense of style – all have an affinity for objects that remind them of their home planet, objects that glow. 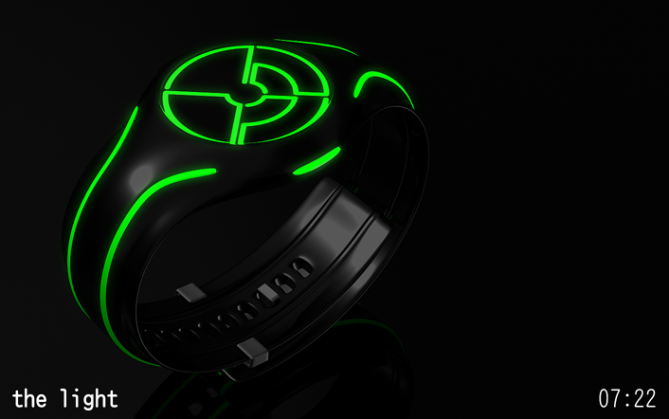 The only working technology that scientists were able to recover from the crash site was a device that they later determined to be a Blutonian timepiece. The scientists were very intrigued by the advanced technology and worked to adapt the device for human physiology. The V-BL47 is the first successful application of Blutonian technology on Earth.

The display is ‘always on’ LCD, but the light up function will light up a backlight, 2 LEDs on the sides of the case that glow through two lateral translucent buttons, and 4 LEDs in the case that glow through and along the fiber optic lines along the strap. The watch can be set to light up every 30 seconds to show the time and fade out again. This feature is meant to mimic the glow of the Blutonian vessel which according to scientists appeared to have its own consciousness.

The material is a soft black silicone. The display is an arrangement of four digits around a circle. Each digit is a classic terrestrial 7-segment digit that has been distorted to fill a quarter-circle. The digits are oriented so that their bottoms are at the center with the top parts along the circumference of the display, and the time is read clockwise, beginning with the bottom digit. There is a 24 hour mode, an AM/PM mode, and a date mode. The left button is used for date mode, while the right button is used for time mode.

This is a watch for sci-fi and fantasy fans and for those Blutonians who appreciate a reminiscence of home. 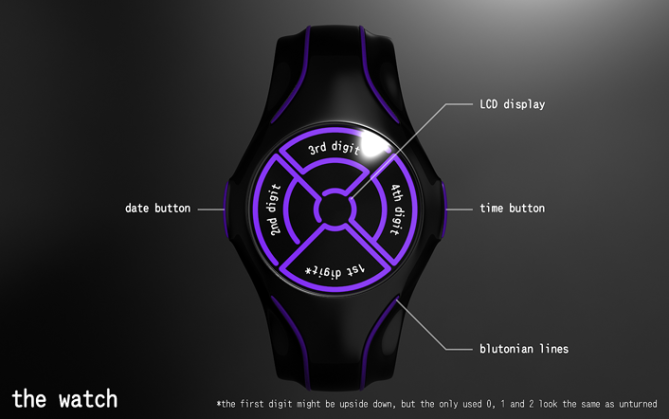 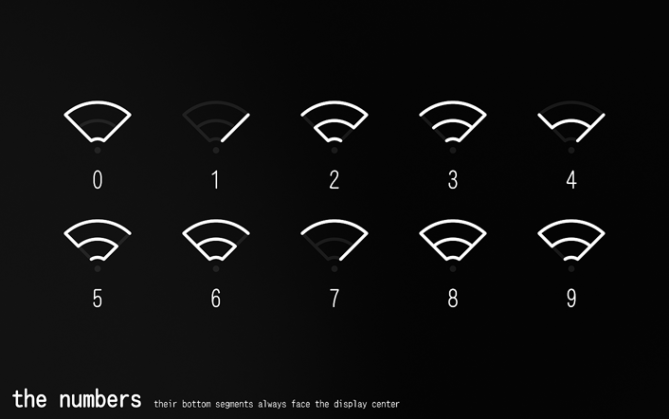 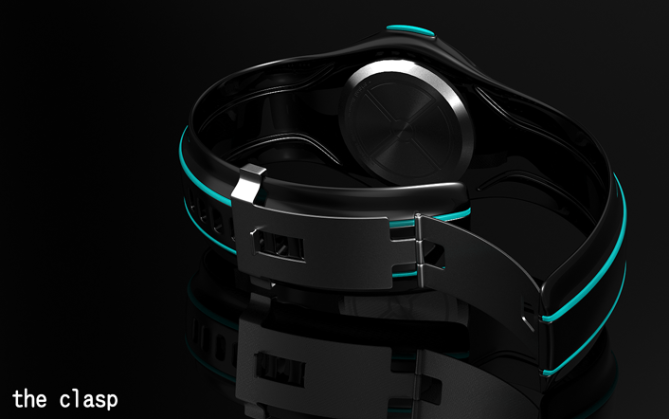 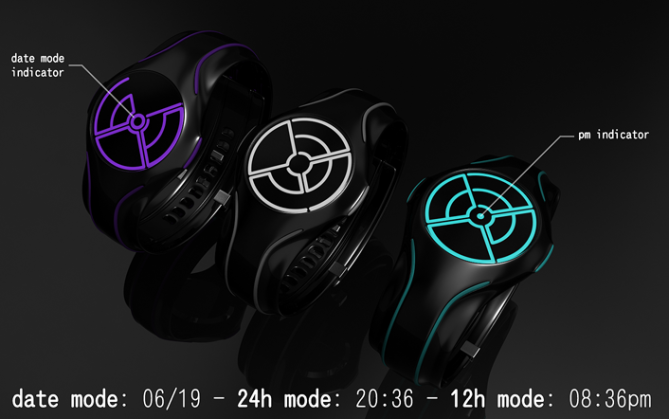 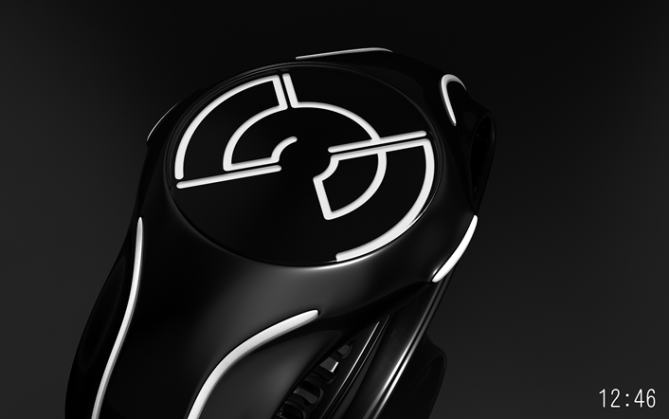 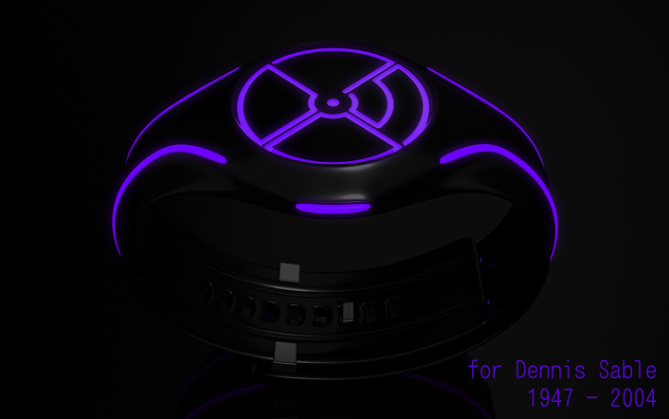