Design submitted by Cory from the USA.

Cory says: “Golden Ratio, known also as Phi or Fibonacci proportion, is pervasive throughout nature. φ is the mathematical symbol for it and it forms a beautiful loop called the Golden Spiral. You can see it in everything from tiny sea horses, nautilus shells, ram’s horns, the human face, and even galaxies. It is now also represented in this analog watch design.

The hands are the same length, so you have to know the secret. The white hand shows minutes, and the black hand shows hours.

Such a design could be enjoyed by those who appreciate the ‘divine proportion’ as φ is sometimes referred. Artists throughout the ages have used phi in their work, as it appeals to the eye, since so many things in nature follow the ratio as precisely as they do.

The face of the watch has the golden spiral prominently displayed, with the hands matching the colors of each opposing spiral. Golden symmetry was also used in creating the case, as the connections to the strap meet the circular piece at φ of the total length of the case.” 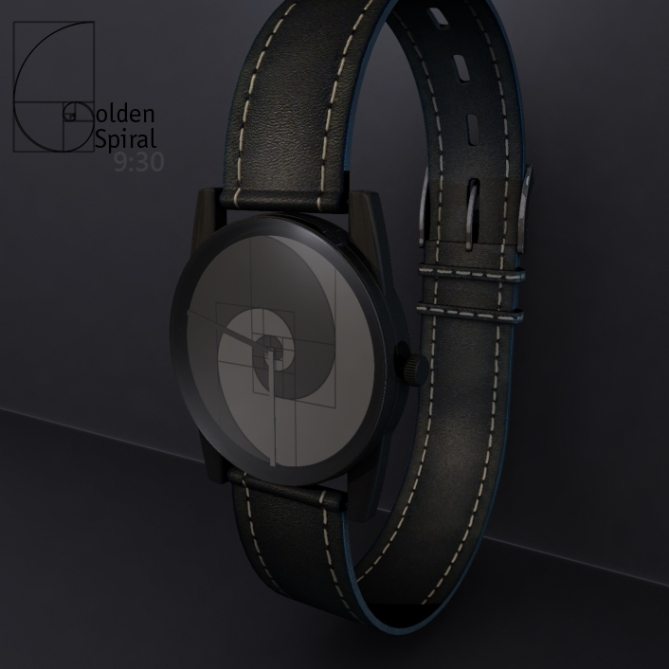