Peter says: A few years ago before the advent of the modern smart phone, mobile phones were far more varied and styled. They weren’t dominated by a huge screen so had to be sleek and interesting in their own right. My favourite phone of this era was the Motorola Razr, it was a sleek thin clam shell style phone with two separate screens and a super sexy metallic key pad. The key pad looked uber futuristic (at the time) with its metallic finish, illuminated numbers and dividing lines and tactile feel. This is what inspired my “Razor” watch.

The time is very simply described by the key pad inspired LED display. Which consists of the numbers 0-9 arranged in a similar layout to the phone’s (as well as any other required icon (alarm, date etc). The numbers are separated by similar dividing lines and all look like they are etched into the body of the watch. They are illuminated in a similar manner to the key pad too. Each number or icon is accompanied by small LEDs (x1 LED for an icon and x4 for a number). These LEDs highlight the said numbers or icons displaying the time. (this could also be done by segmenting the dividing lines if a less cluttered look was desired, different coloured LEDs could also be used to show the order) 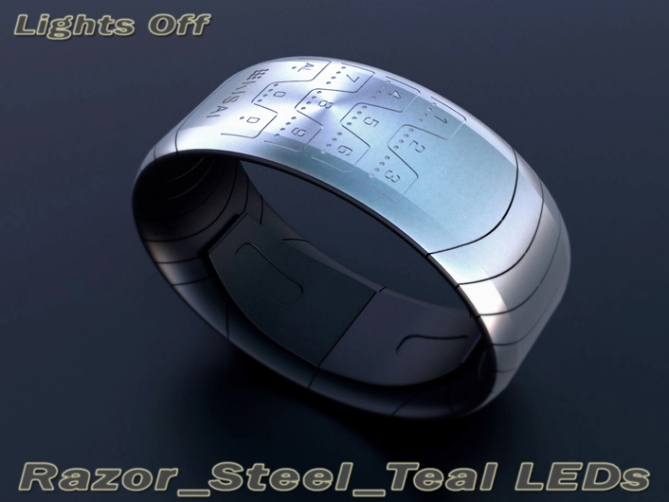 This design is sleek and simple in its form and easy in its time telling. This combination should give it mass appeal. The inspiration used for this design may help the watch appeal to people who miss the good old days of gadgets and gizmos where design dominated rather than screen size or spec.

This design should stand out due to its familiar but modern look, sleek unisex shape and size and intuitive time telling. 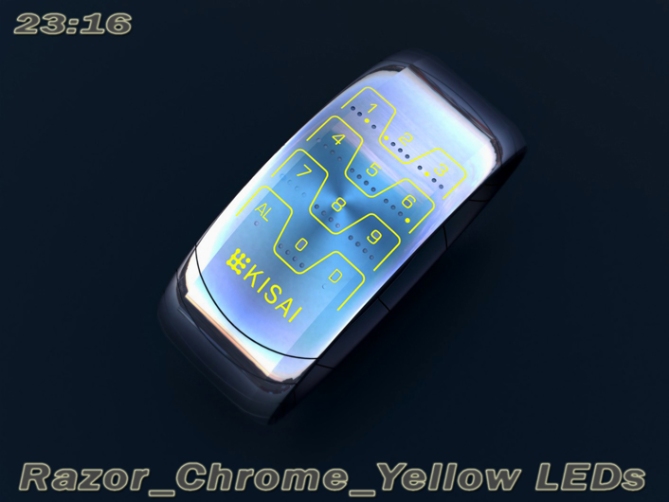 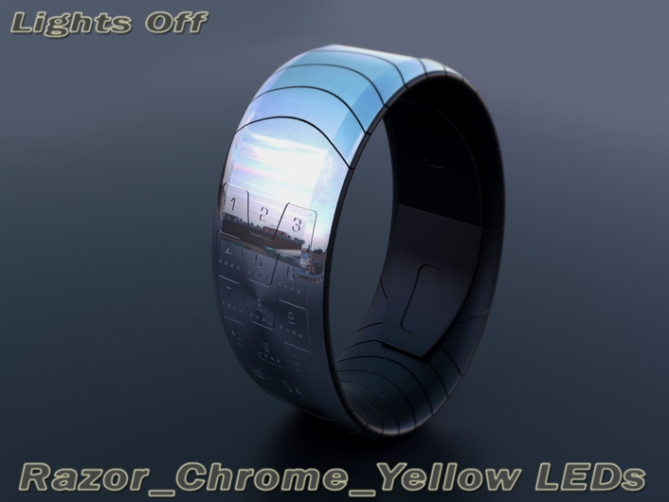