Peter says: This is “Discus LCD”, an LCD version of my analogue “Discus” design. The styling is influenced by retro sci-fi as well as more modern sci-fi films. 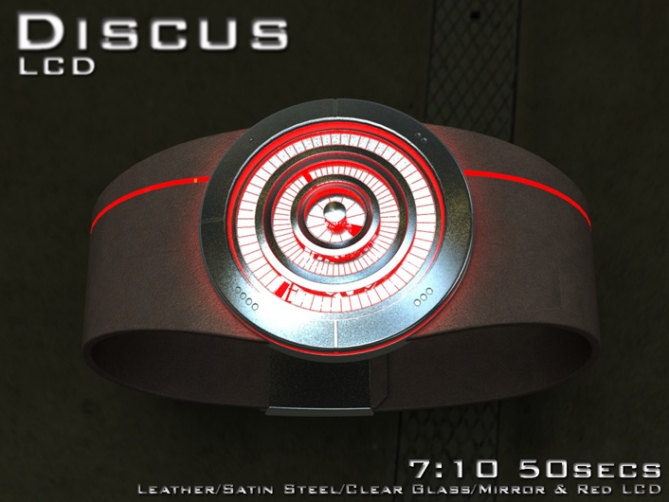 The time is told in a conventional LCD analogue style. The display is framed by a 3D lens in a similar shape to the domed plastic discs of the original design. The Lens is made of transparent plastic cladded with accents to match the case material. This allows the backlight to glow thru where the LCD blocks are turned off and around the diameters like the original design.

This watch has a sci-fi combined with a retro look. The time telling is conventional and nothing is too extreme to scare away to many TF fans. This watch may appeal to “seven” owners as it shares some imagery.

The style combined with conventional time telling  along with hopeful feasibility will let this design stand out from others. 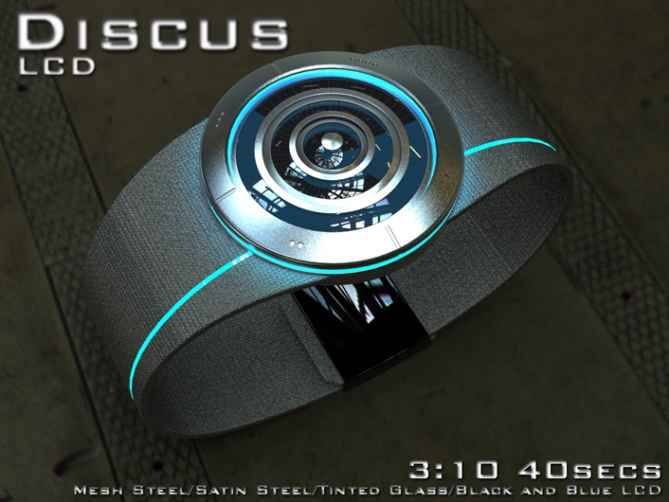 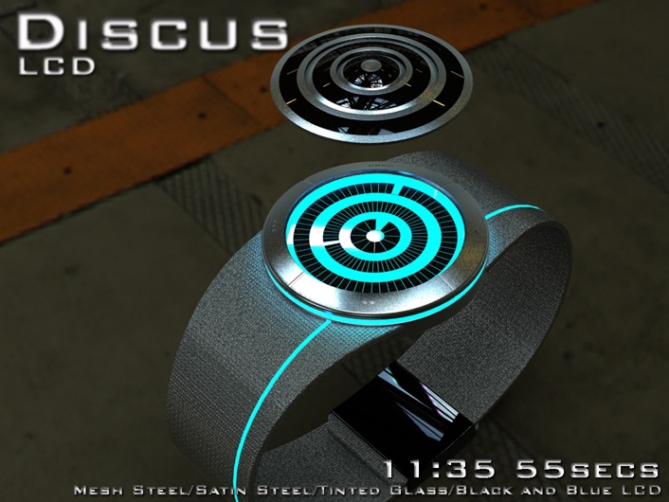