Peter says: I was being dragged around the shops by my better half over the xmas period and saw some very nice modern xmas tree globes which were made from a single strip of metal formed into a sphere, they looked like a peeled orange for want of a better description. This reminded me of a classic chair which was inspired by the shape of an orange peel. This form seemed to suggest itself to an interesting watch concept which would look more like jewellery than a conventional watch, “Peel” was the result. 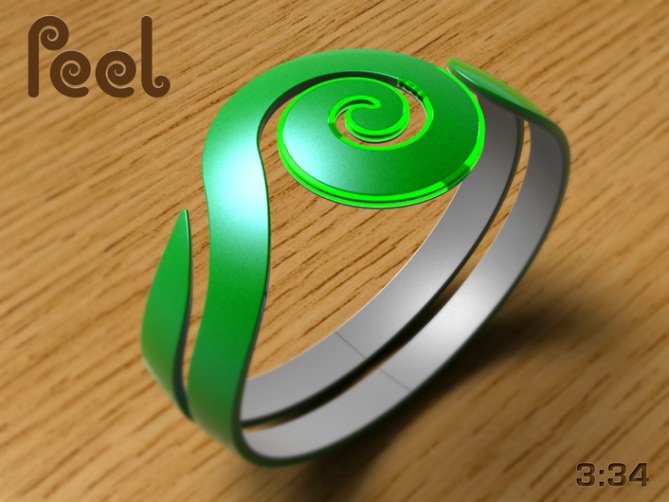 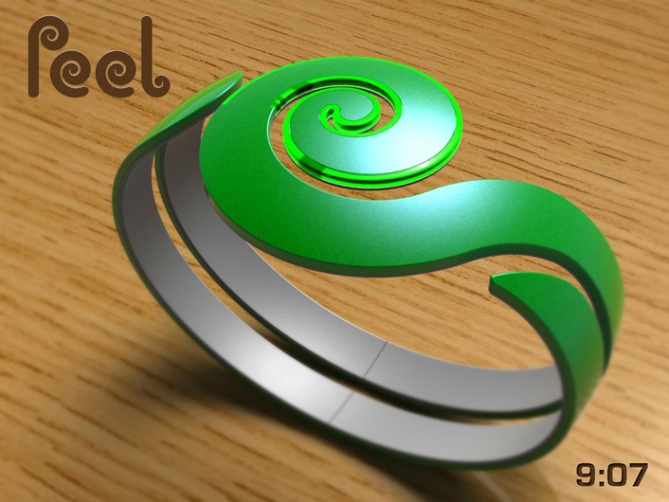 The time telling method is a bit of a hybrid between RPM and Seven, the two edges of the spiral peel like shape house a row of LEDs each. The outer spiral of LEDs describes the hours in a traditional analogue format, the inner spiral shows 5 minute blocks again in a traditional analogue format. And the four small LEDs at the 12 O’clock position on the inner spiral describe the single minutes. 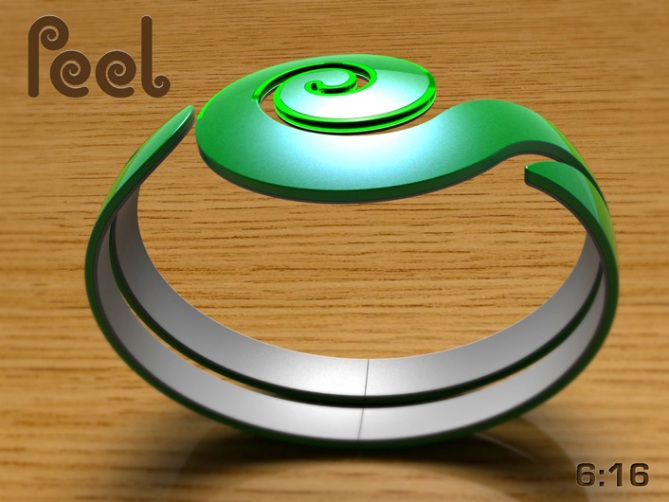 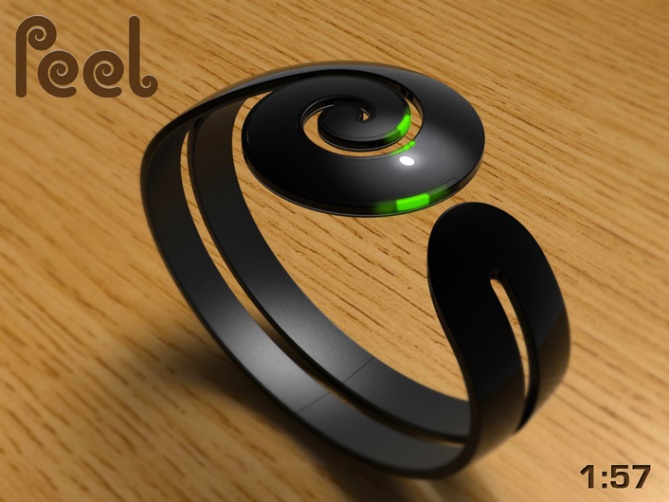 This design is very modern and has a jewellery like feel so will probably a”peel” more to the ladies rather than the gents. That said the simple clutter free form may temp the more artistic chaps amongst us.

The organic form and LED edging separated this design from others. Its curvaceous character lends itself to a multitude of colours and finishes which may widen its a”peel” 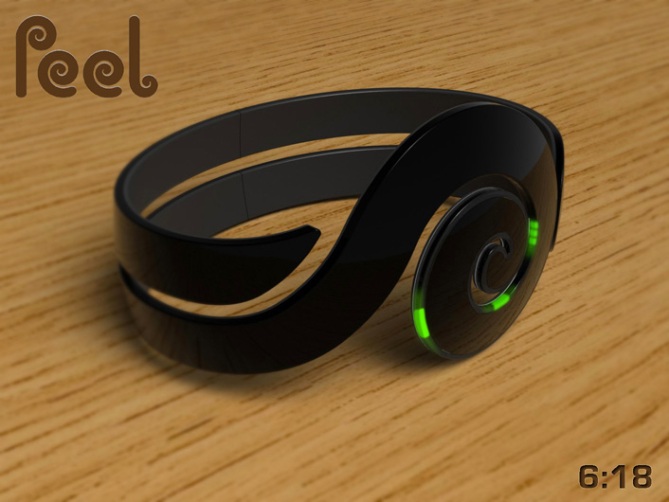 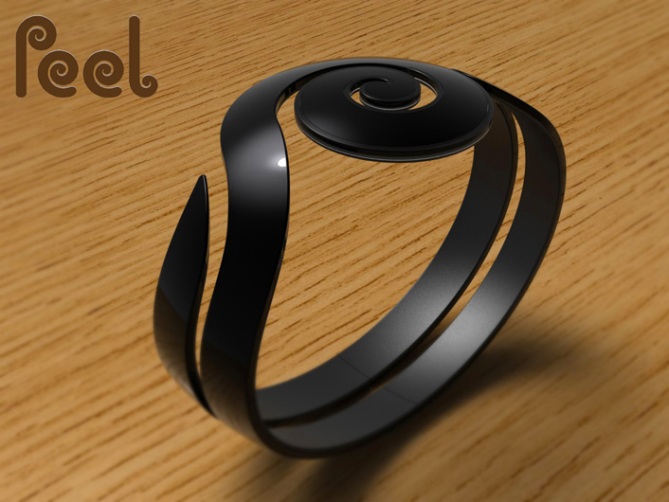 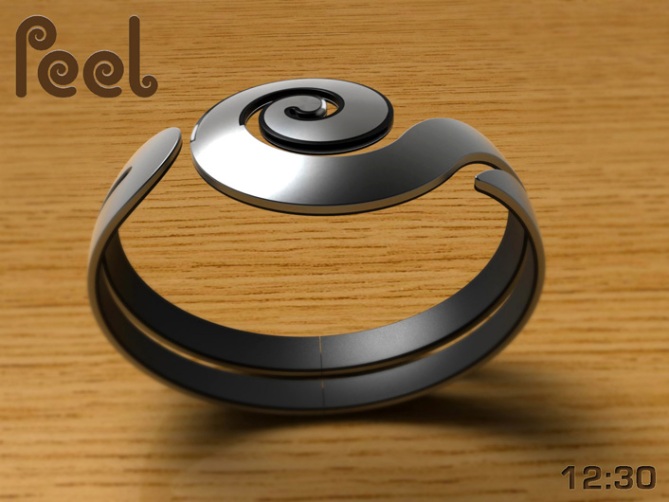 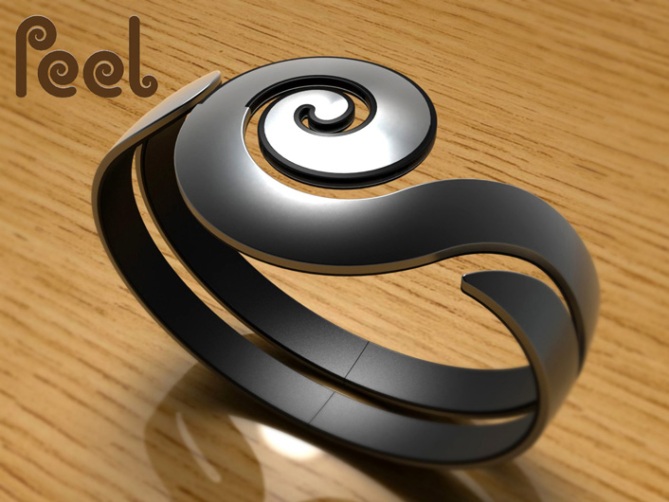 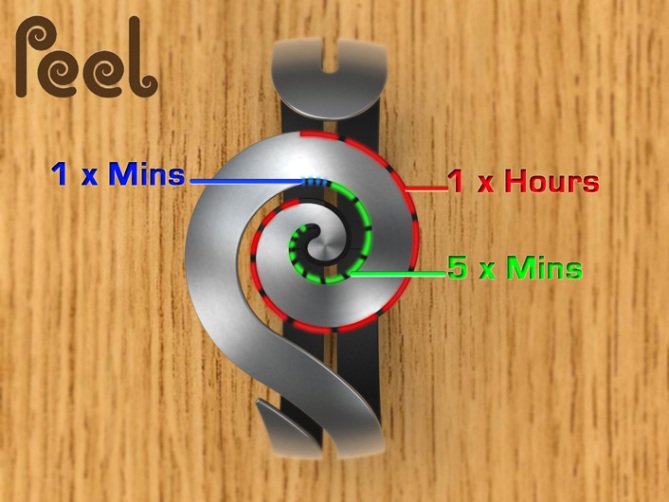