Peter says: I have always liked furniture and other products made out of formed and laminated materials like ply-wood. This type of material lends itself to ribbon like geometric and organic forms  which often have very dynamic looks. I decided it would be nice to design a watch around these types of forms with a laminated look, “Delamination” was born. 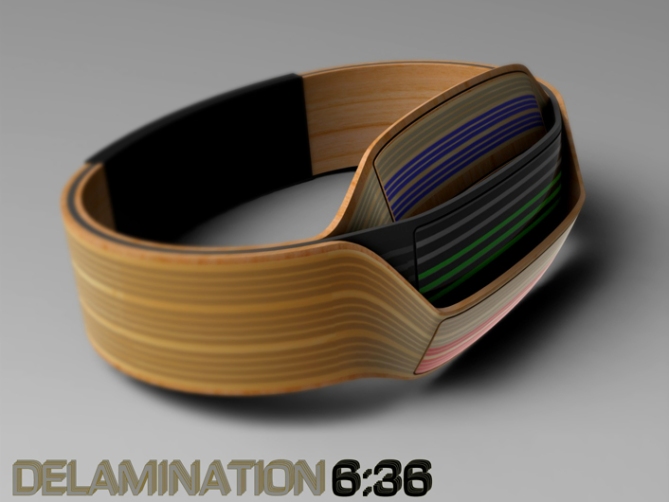 The watch consists of three ribbons or bracelets of material that are all laminated together to form a strap, this strap delaminates at the top to form three separate ribbons/bracelets which carry a display each. Having three displays lends itself to a basic 12-5-9 time telling format. Each of the displays consists of stripes which are illuminated to tell the parts of the time, these stripes blend into stripes in the ribbons/bracelets. The left display consists of three groups of four stripes to describe the hours, the middle display has five stripes for groups of ten mins and the right display has three groups of three stripes to display the single minutes. 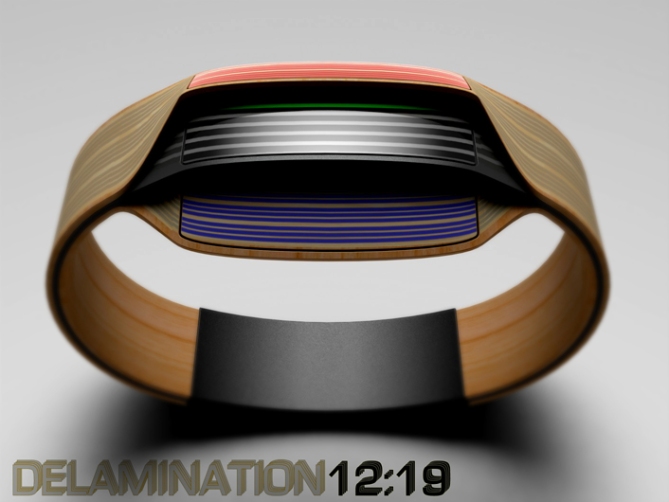 This design has an architectural feel which may appeal to people who like structures and forms. The organic shape may appeal to those who have an interest in modern products and furniture. The lamination of the three stripes/bracelets lends itself to different combinations of materials which may help it appeal to a wider audience. The 12-5-9 format will hopefully keep old school TF fans happy.

The form of this design is what sets this it aside form others. The delamination  of the strap into three separate ribbons gives the watch a unique feel that lets the wearer stand out of the crowd. 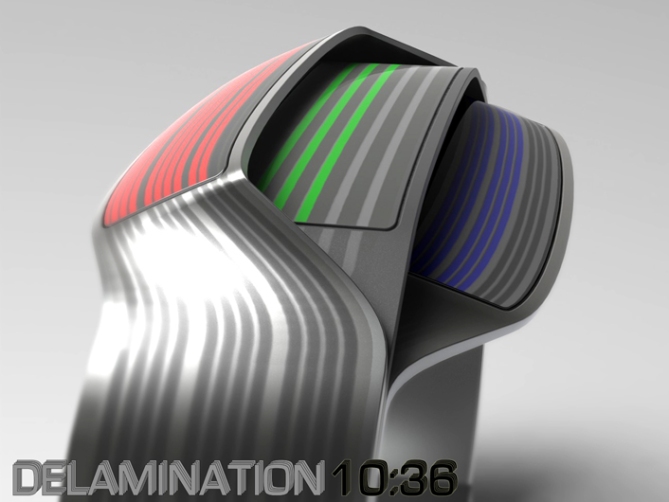 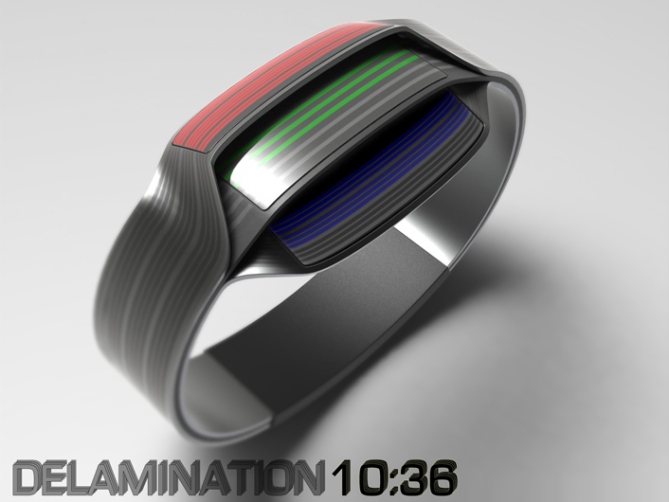 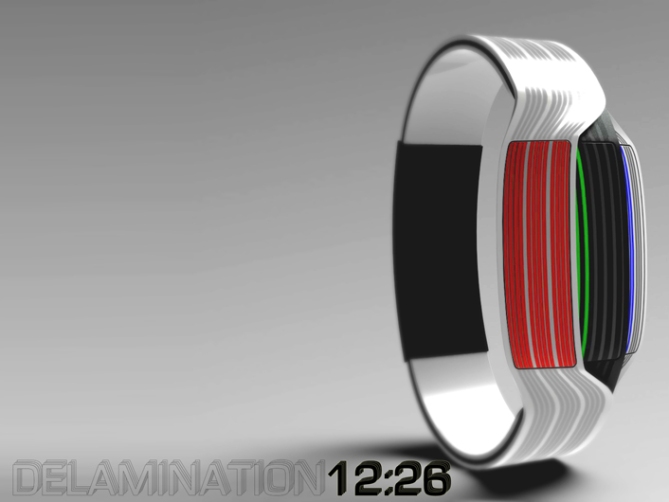