Design submitted by Cory from the USA.

Cory says: There are no seasons on a starship. No weeks, months, or years. The minute becomes meaningless, since there are 60 of those in an ‘hour’ and 24 of those in a ‘day.’ Star faring humans long ago began using the Kilosecond. Metric time, for when the rotation of a distant homeworld no longer holds any bearing. 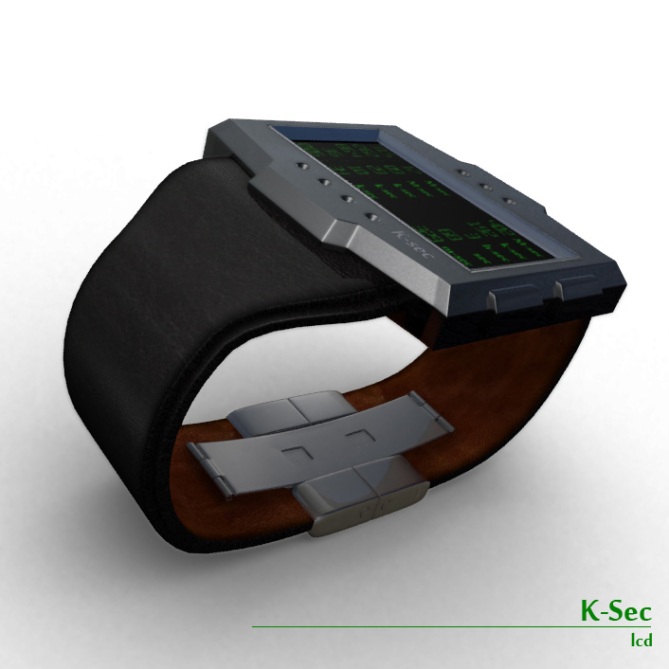 All personnel on most any human starship use the kilosecond to track cryosleep rotations, duty shifts, and time of arrival. The kilosecond readout can be set as either a ‘time since departure’ or a ‘countdown to arrival.’ The time in the given example is the time since Earth year 2000, the millennium change.

Getting used to measuring time in kiloseconds isn’t easy, this watch will ease the transition for any first time star travellers. 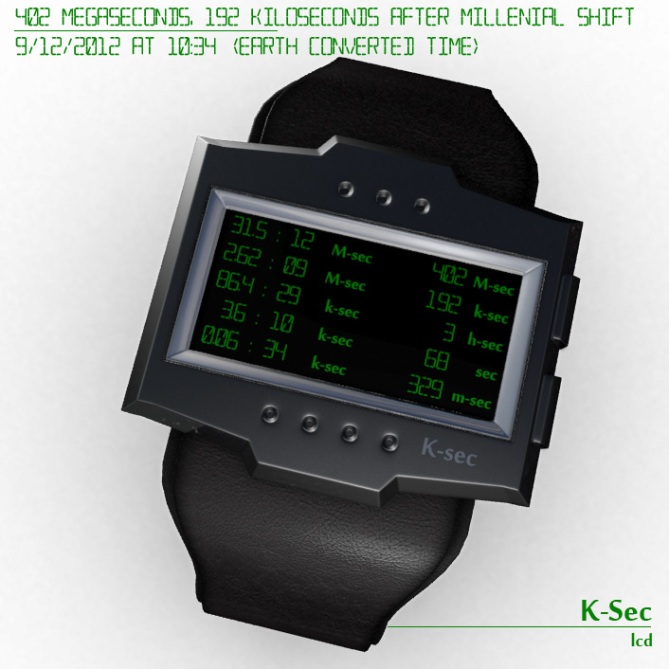 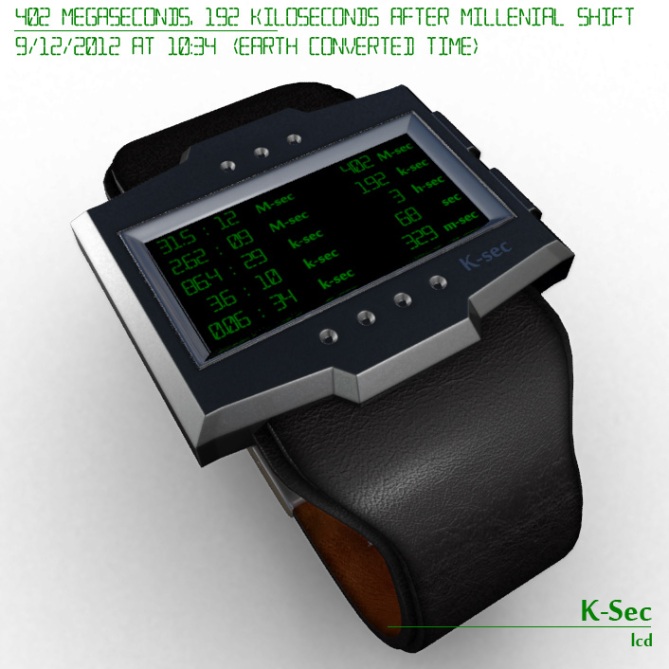