Peter says: This is “Raptor”. I didnt really have a preconception for this design. I simply wanted to create an organic design with a simple time telling method. I started off sketching simple organic snake like forms which subconsciously became more engineered.

I soon came to the realisation that a lot of human creations have shapes and forms taken from the natural world shaped and formed to suit their application. So I decided to make the design organic, engineered and abstract. The shape will resemble different things to different people.

I like sci-fi and motor-racing so to me this shape looks somewhere between an F1 car and a spaceship, to others it might look like an alien or a snake.

The time telling method is a back to basics LED 12-5-9 format. The 12 x hours are displayed by the central rear array, the 5 x 10 minute groups are on the front left hand array and the 9 x single minutes are on the front right. 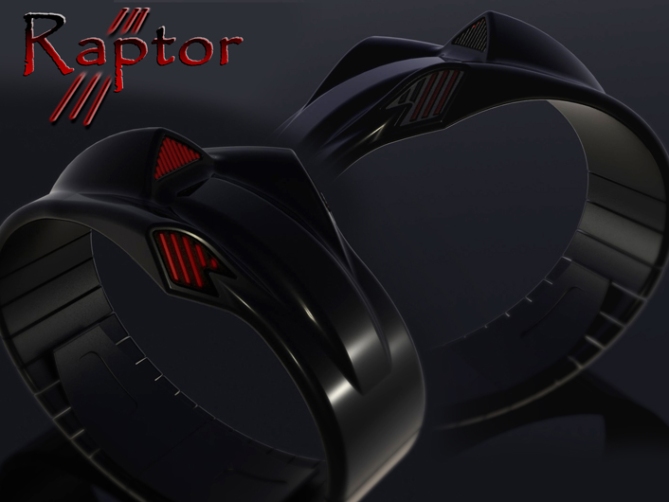 Due to the abstract form suggesting different things to different people I have shown it in different finishes with different colour LED combinations. This gives the customer a certain amount of customisation. To take this further still I have also included a couple of special edition based on my personal interpretations of the form. These are based on the Mclaren F1 car and a race-ship form the wipeout 2048 computer games. To make this a customisation feature I suggest that these could be self applied skins made form self adhesive vinyl. These could perhaps be sold as a printable decal sheet with a CD with template software which would allow the customer to use their choice of image simply printed onto the decal sheet then peeled and applied. This would also act as protection to the watch like often used on mobile phones. 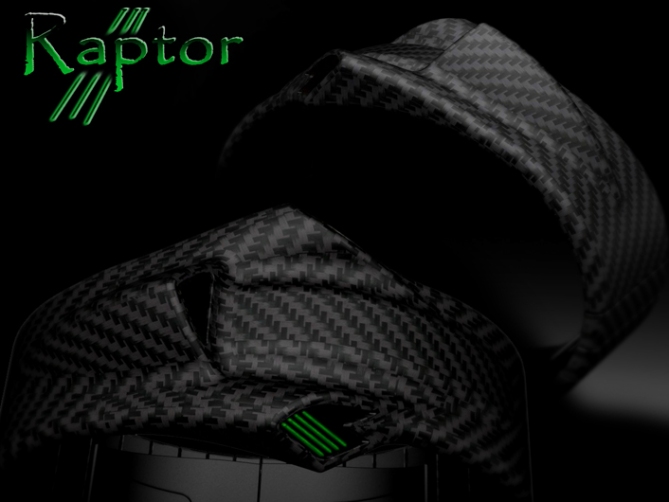 The abstract and slimline form gives the watch a wide appeal, the time telling method is simple and easily recognisable. The added bonus of the customisation feature and choice of colour combinations will add to the universal appeal. The simple time telling method also makes this design viable from a production perspective. 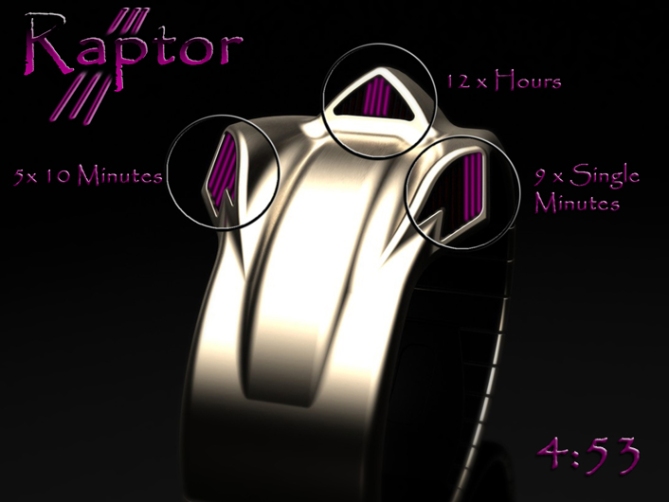 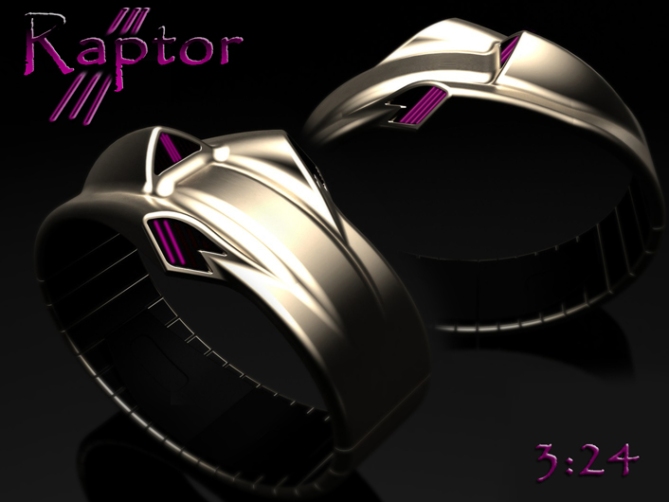 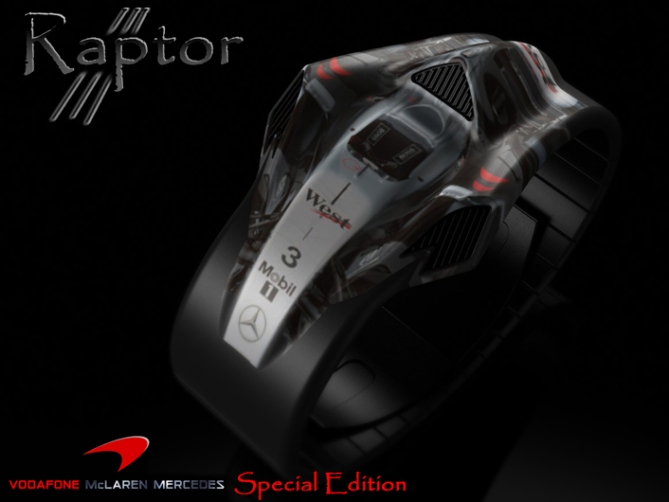 51 thoughts on “Raptor LED watch races onto your wrist.”