Peter says: This is “Predatime”, a watch inspired by the Predator character from the films of the same name. This is a popular inspiration, with most people choosing the self destruct mechanism as the basis for their design. I decided to use the mask image of the iconic character for my design.

The time telling method is very simple, the left eye (as you look at the watch) has 12 red LEDs to describe the hours, the 3rd, 6th,9th and 12th being a dimmer led (or lens) to highlight these incruments to make reading quicker. The right eye is made up of 11 green LEDs which represent 5 minutes each, the 15, 30,and 45 minute incruments again are highlighted by a dimmer LED (or lens). The single minutes are described by 4 red LEDs where predator’s aiming laser is mounted. 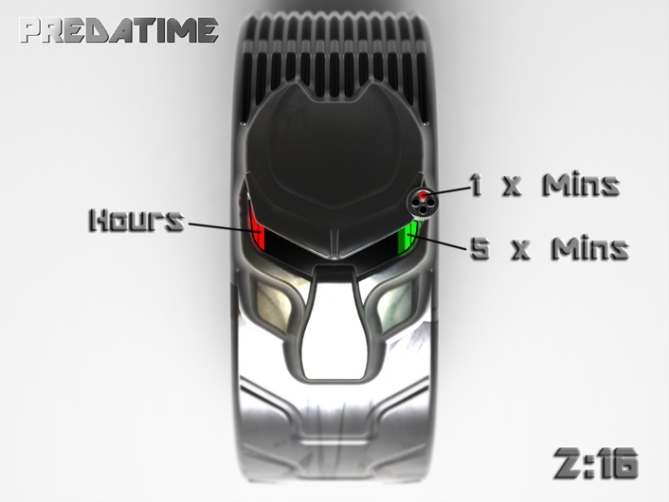 This design is unashamedly literal and playing direct homage to the mask of the iconic character. While this will put off more conservative consumers it should appeal to die hard sci-fi and horror fans. The mask shape may also appeal to gothic fans too. 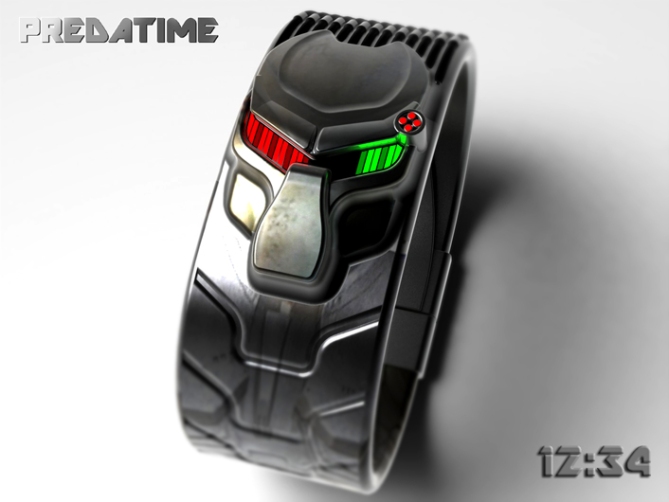 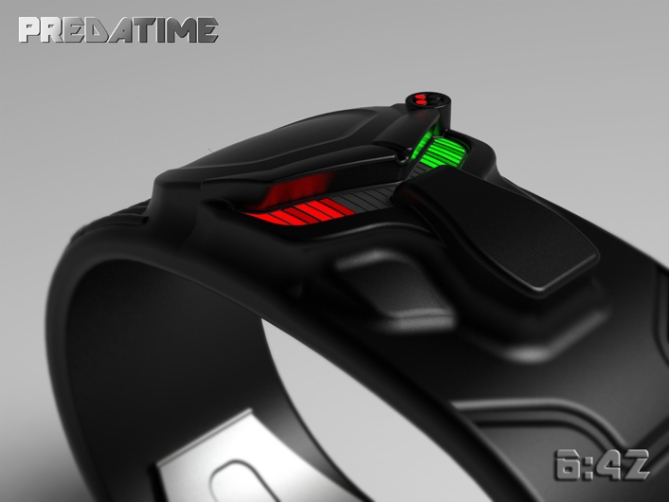