Sam says: The inspiration for this watch comes from the multiverse hypothesis. It says, that there are parallel universes that represent alternative timelines. So everytime a decision has to be made, there are many options, many possibilities of how your path continues. One decision can lead to many ways as well as many ways can conclude into one decision. This relationship can be shown with parallel graphs that sometimes have connections.The time is told by a varying number of connected lines with different thickness. The lines are passing three stages, hours (1-12) on the left side of the display, ten minute increments (0-5) in the middle of the display and single minutes (0-9) on the right side of the display. The lines themselves can have three states: thick standing for 3, thin standing for 1 and interrupted standing for 0. When a stage has many lines, you have to add the representing numbers. 4:32 would be a thick and a thin line left (3+1), a thick line in the middle (3) and two thin lines right (1+1). Since each stage can have different amounts of lines, they have to split up or melt together regularily. The result is a cryptic looking display that just requires some little math to be decrypted.

Timeline is a watch for time lords and those who like to see time as a graphic. 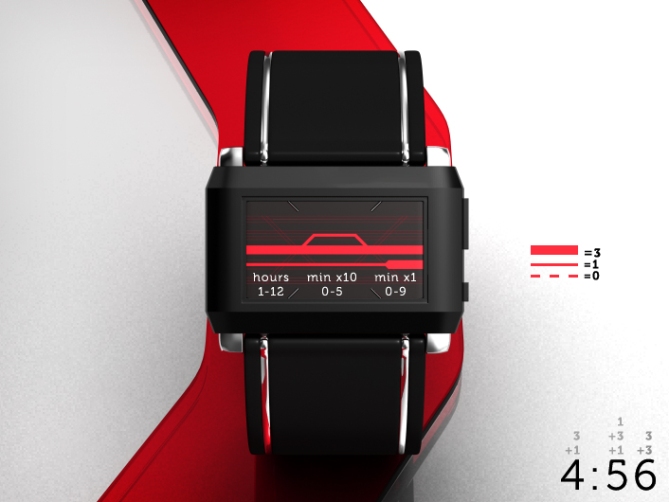 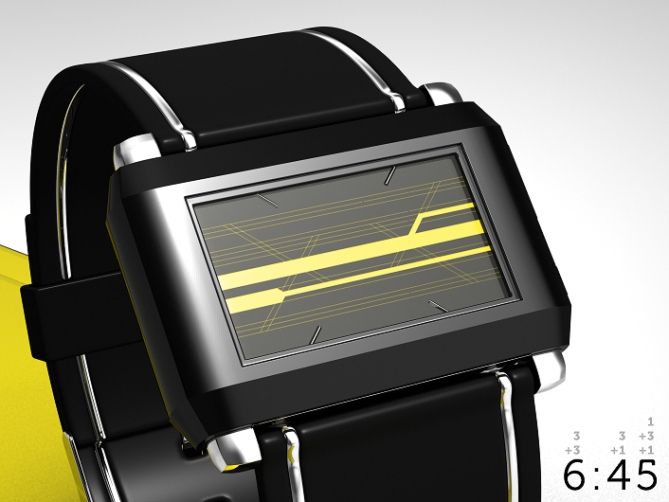 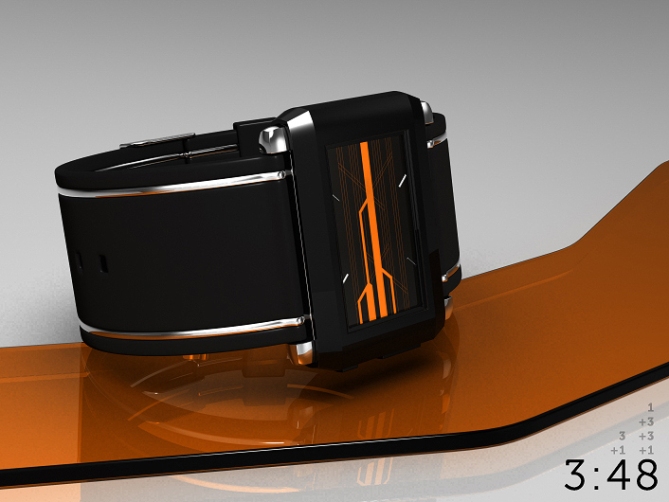