Peter says: I have noticed a trend with the latest releases of new watches that TF prefer designs that are simple/feasible and predominately LCD.

This design consists of four circular dials, the dials are dissected to create segments, the number of segments in the circle equals the number.

Empty Circle with no segments = 0, a dot in the centre creates one segment = 1, a line dissecting the the circle in two = 2 etc etc

The two top dials are for hours and the bottom two for minutes. The date could also be described in the same format.

The simple time telling method and circular dials suggested a simple and playful form. This hopefully will appeal to people who like simple modern products that have a playful style and understated appeal. This design would lend itself to a multitude of colour and material combinations which would suite young and old. The slim line case profile and smaller proportions will hopefully appeal to both sexes.

This design stands out form others due to its simple but funky looks, its unusual but easily read time telling method and its feasibility form a development and production perspective. 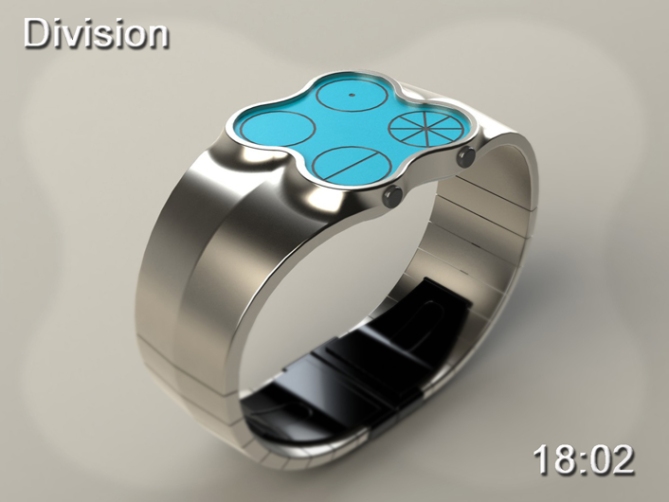 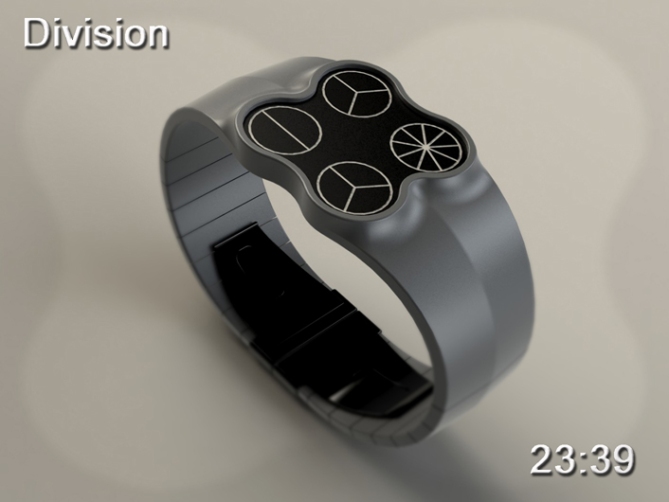 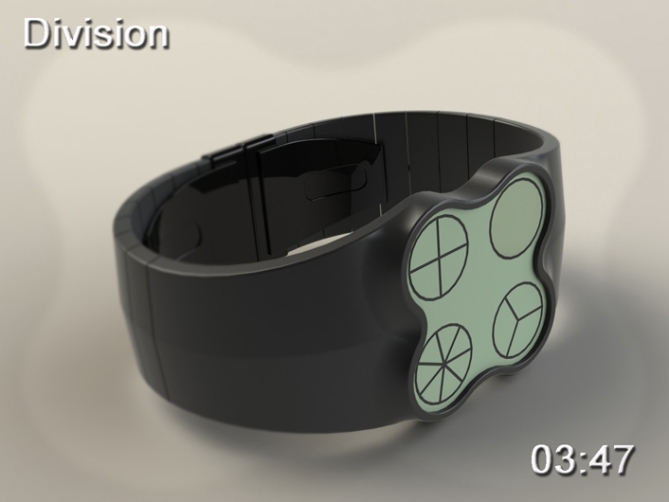