Sam Says: I was experimenting with hexagon based numbers that are derived from the classic 7-segment-digits everybody knows. There were many ways to do it and one of them strongly resembled the radioactive sign. I played around with the time display and saw, displaying all four numbers next to each other doesn’t look good and would take the iconic expression away from them. So I decided to use a phased display like the Denshoku, displaying one number at a time. That way, each number comes into it’s own.

On a separate consideration, I thought about how to properly implement tritium gas tubes into a watch concept. Those are already popular in watch design, giving certain details a low-light-visibility. Tritium is a radioactive isotope of hydrogen which sends out beta-rays. Encased with a phosphorescent illuminant in a non-hydrogen-permeable borosilicate tube, tritium becomes a safe “always on” light source. Well not really always on. Tritium has a half-life of 12 years. The gas tubes can easily be replaced.

I’m playing with the radioactivity theme here… The tritium is really harmless and one cannot ignore, the radioactive sign has a striking appearance. Combining both elements into one watch is a cool thing I think and definitely a communication starter. 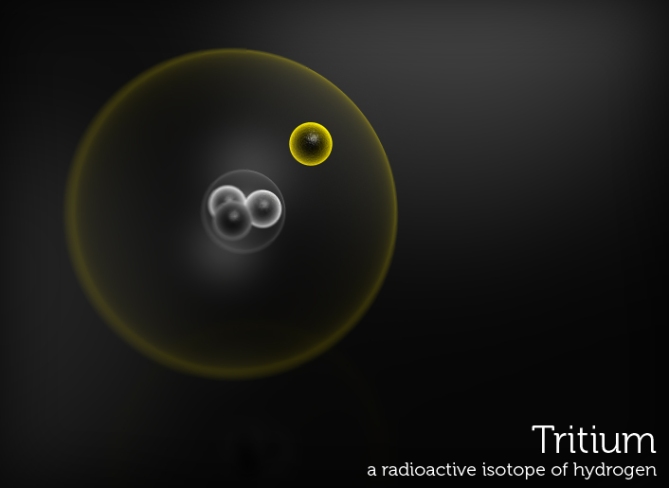 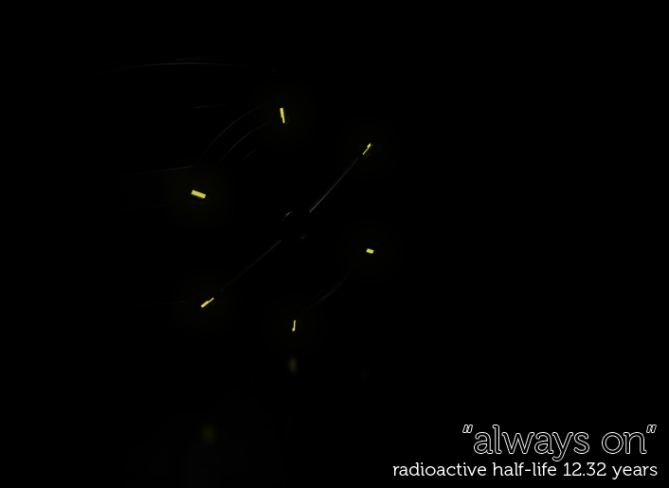 26 thoughts on “Radioactive watch is really radioactive …but safe.”