Peter says: This is Saturn II, a re-design of my original Saturn concept. Saturn was one of my first concepts submitted to the blog. It never made it onto the blog presumably due to being a little adventurous from a technical perspective.

Like the original conept this design is inspired by the rings of a giro, which kinda look like the rings of Saturn, hence the name. The original had a 3D movement where the rings rotated in a perpendicular axis to a traditional analogue watch, this made it less feasible.

This version is more like a conventional analogue disc watch. The discs in this case are in the shape of rings connected to the hub. They are essentially bent at a subtle angle so when they rotate they are all at different angles giving the giro look. The time telling is traditional analogue, with pressed in dimples to highlight the time. The watch is also backlit to add a little dramatic effect.

The 3D looking discs and steam-punk feel combined with traditional time telling and industrial looks set this design apart from others. 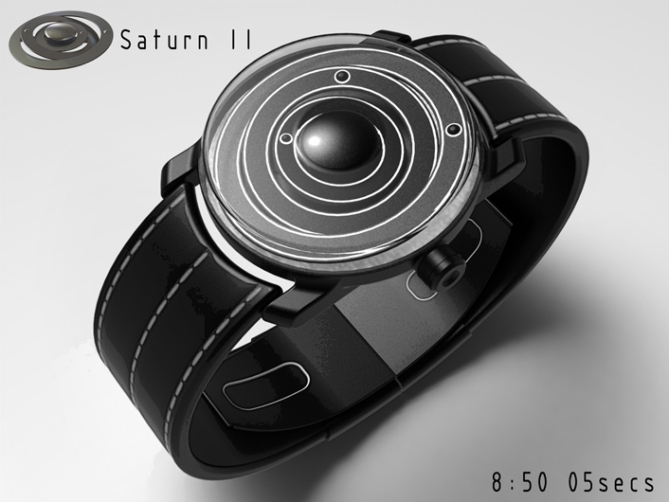 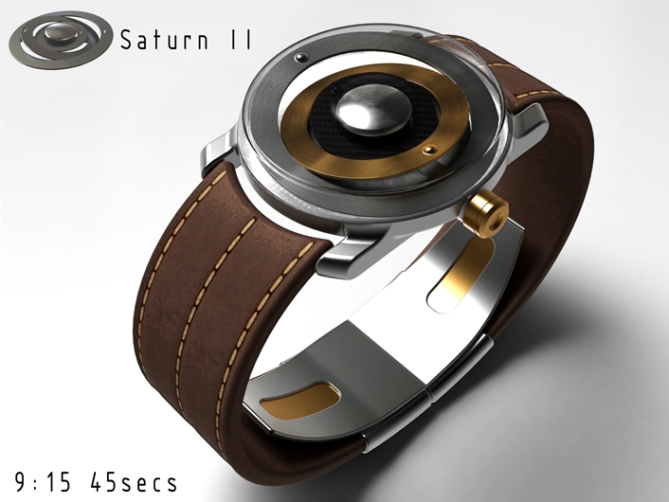