Anders says: I sketched an LED layout which would fit a sober, angular case. To add a bit of elegance (and hopefully some feminine appeal) I had the additional idea of letting the display shine through a panel of contrasting material, which could also be repeated in the links of the strap.

Time is told by three central LED elements showing the hour, in a vague analog of a traditional clock. The minutes are told by one or two flashing LEDs indicating the current 5-minute group and between zero and four LEDs indicating the single minutes. 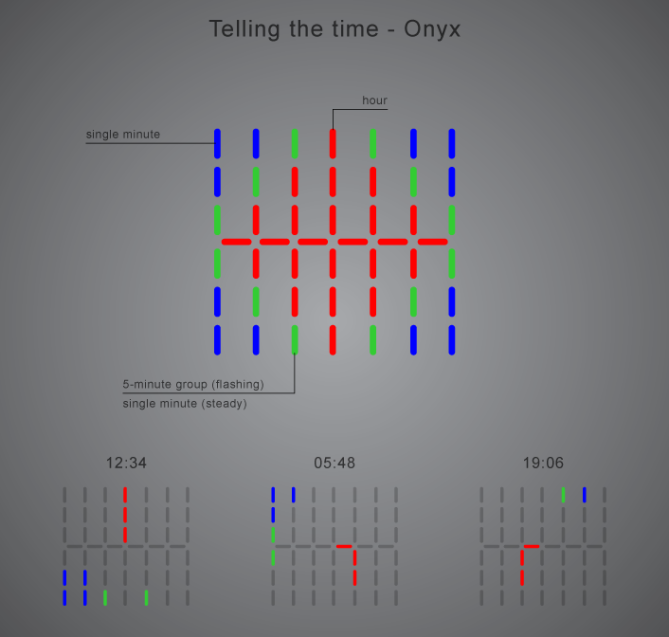 I imagine the strap to be stretchable (spring-loaded, basically), with removeable links on the end to allow adjustment for different wrists. Imitated panel materials can be very varied; agate, wood, lacquer, carbon fiber, metal and others.

The case and strap would probably look best in steel, gold or some other metal finish, to give a reassuring solidity to it. I would hope this to appeal to women as well as men, with its somewhat executive styling. 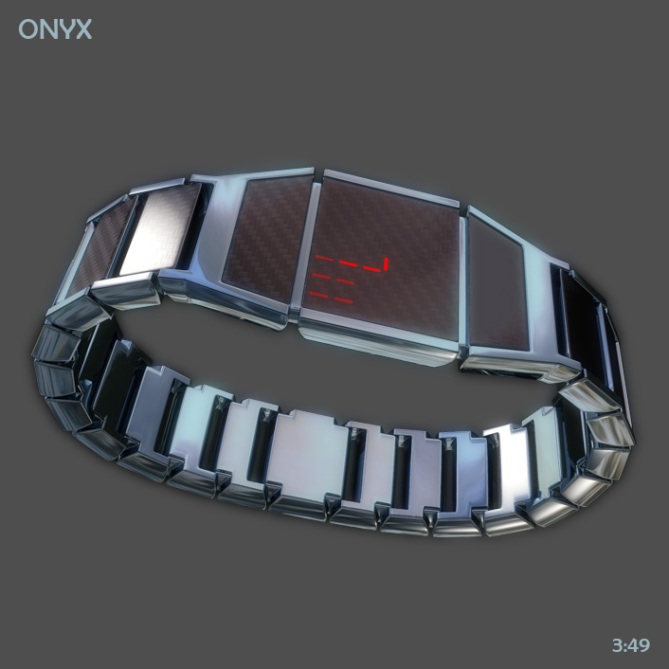