Design submitted by Heather from the USA.

Heather says: The last TF Blog Progress Report expressed interest in new technologies, such as EL sheet, which is somewhere between LCD and LED. At first, I just wanted to make a cool looking unisex design with vertically stretched always on glowing numbers. When I designed the numbers, they appeared to me like they were being squeezed together from the sides, like they were in a vise.  So I named the concept VISE.  Then I thought about what a vise actually does, and I realized that this concept can go further.  I can solve the problem of watches being too big/clunky for ladies. 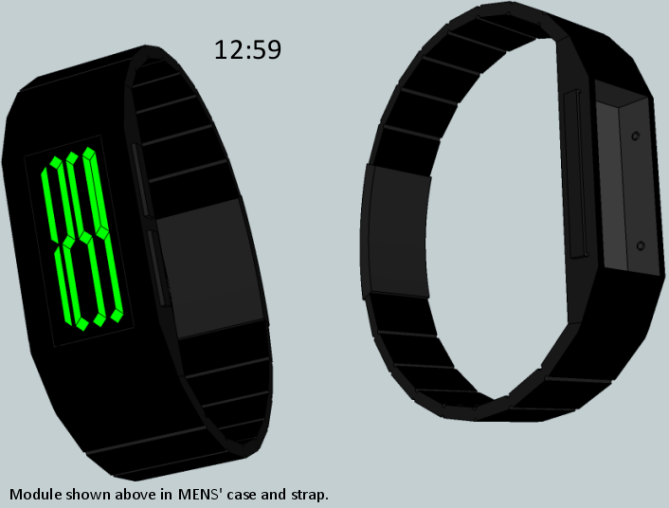 The module for displaying time is narrow, by the nature of the digits used.  If it is removable, it can be placed into a narrow case with a narrow strap (for ladies), or a wider case with strap (for men). The module can also be worn as a pendant, or used as a pocket watch. The four digits can tell the time, or the date, and can be set to 12 hour or 24 hour mode.  It can have an alarm mode, if desired.  Or better yet, it can be used as a countdown timer in minutes and seconds, for times less than 100 minutes. 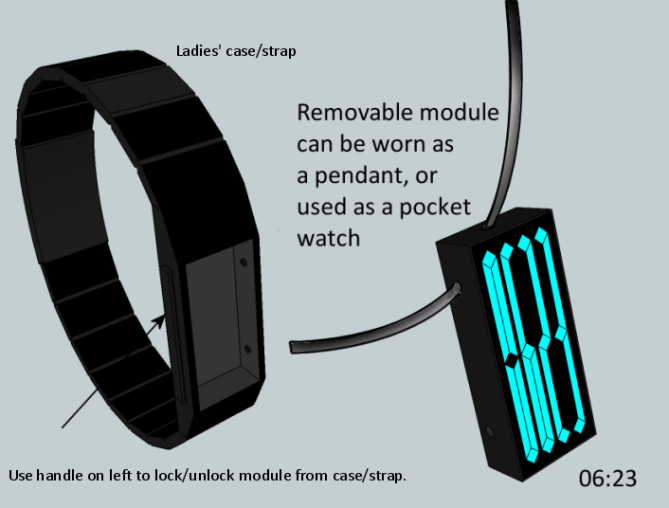 Due to its multi-functionality, VISE should appeal to anyone and everyone.  The digits are easy to read, and glowing numbers are awesome and futuristic. 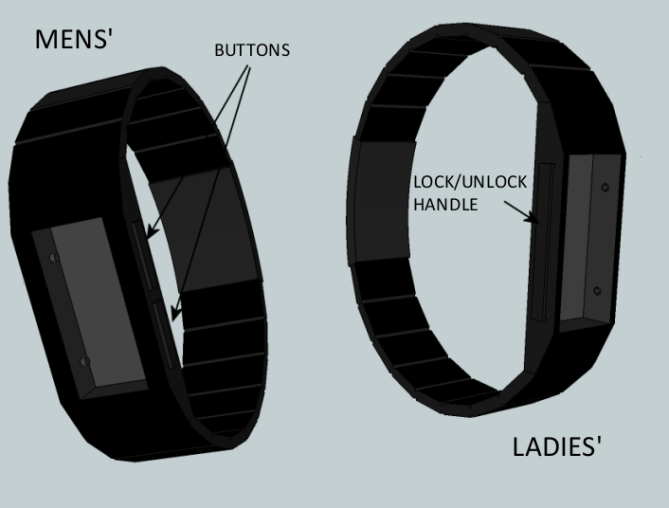 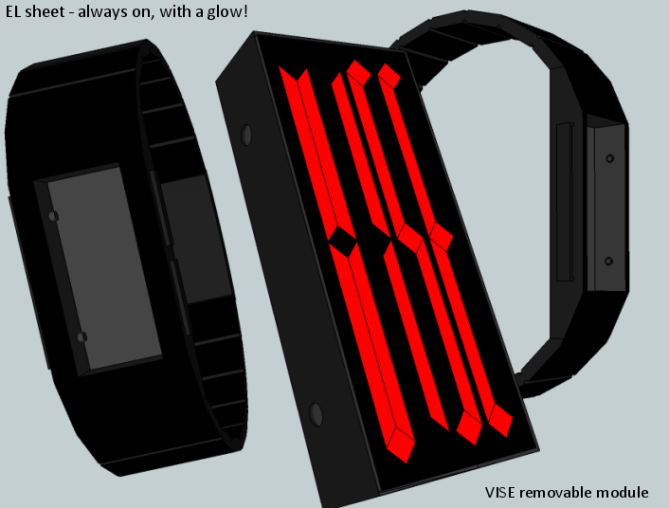