Peter says: This is “Infrared MkII” a digital LED watch. I am a big fan of the Predator movies and was always fascinated by the Predator’s vision modes. I decided to design a watch inspired by the Infrared theme.

The time is told by traditional digits displayed by a multi-coloured array of LEDs. The LEDs imitate an Infrared look, the glass is frosted and patterned to help blend the colours and diffuse the display. The digits could be “hot or cold” depending on the time of day or the users preference. The surrounding area around the digits getting perspectively “hotter or colder” in contrast. The colour modes could be cycled through like the vision modes of the Predator. When not in use the display can be covered (turning off the LEDs) by the two sprung loaded shutters. When the time is needed again a button will release the shutters allowing them to slide open in a sci-fi fashion.

This design has a striking and industrial feel. This should help it appeal to the big kids out there and the sci-fi fans. The rubber strap is clad in armour plates to give the watch a post-apocalyptic feel that may also appeal to film buffs too.

The armoured exterior and bright LED display sets this concept apart form others. 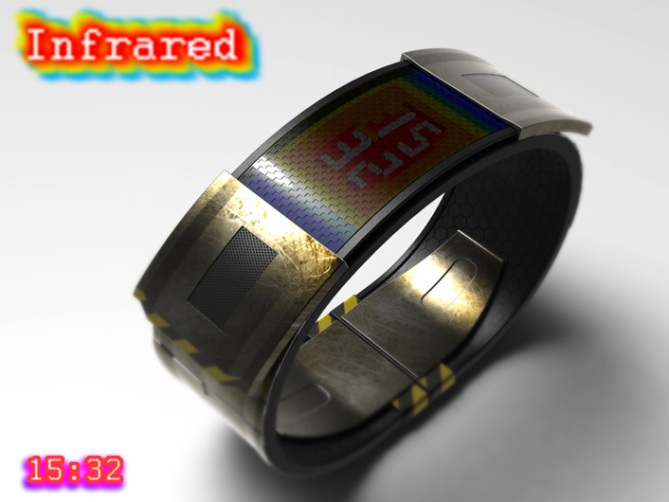 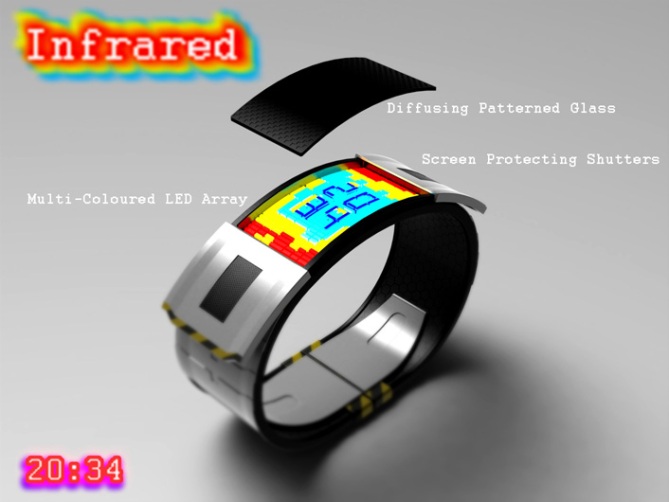