We got our hands on an upcoming device that looks very interesting to us. It’s called 2K64 and it’s a cool retro style time telling accessory that covers elements from different centuries.

There is this long, vertical LCD display which is based upon a so called “analog watch”. On such a watch, the twelve hours were aligned in a circle, next to five minute increments.

In the early 21st century, this method was already outdated but still used and it worked with mechanical watch hands, pointing at the relevant numbers. 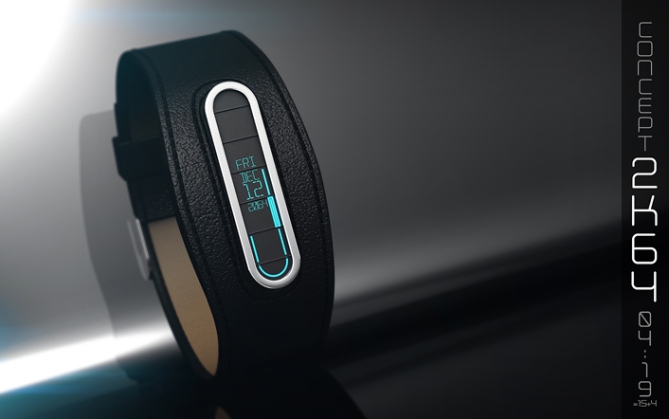 The LCD display of the 2K64 is quite a diversion to all these holograms and eye implants these days. It’s really there and easy to read. If you have studied analog watches, you’ll recognise the positions of the display’s lighted parts.

The big hollow marker, represents the hour while the thin and solid markers show the minutes. There are mostly more than one of these minute markers visible. The first one always indicates the current five minute increment while the following ones need to be added up to get the exact minute. 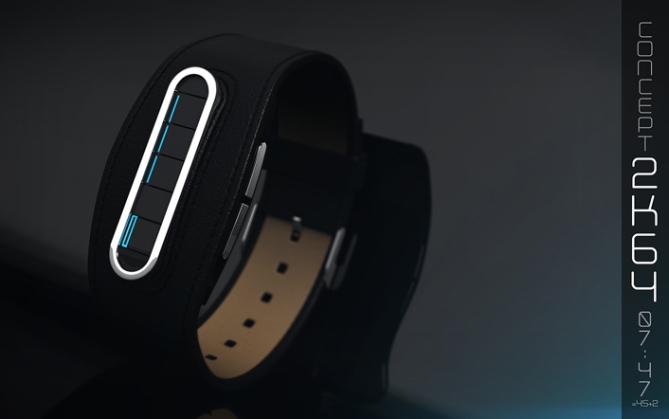 This reminds us a bit of the AUDI Sky Class from 2055 which has similar liftoff backlights. In the centre of the display there are some optional retro style LED numbers and letters telling the date. The display is embedded in a chrome shell which itself raises from a leather strap. You see nothing like this anymore today. The way how to close the strap might seem complicated but it fits well in the whole image. We think, the ruling Green Party might wrinkle their foreheads at the usage of leather due to the animal protection laws of 2041. But a leather imitation would work very well too. 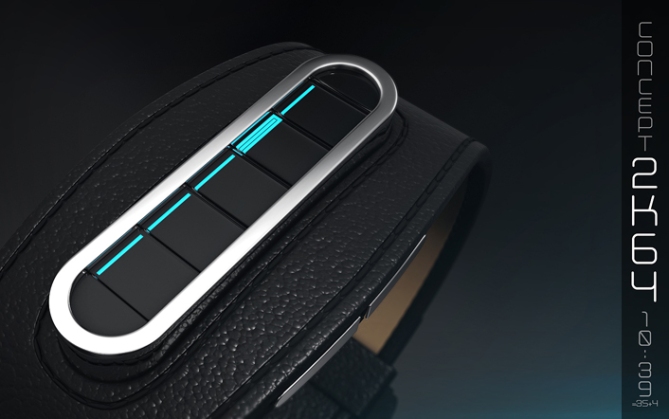 The 2K64 is a fashionable piece of design for people who like to wear classy accessories that also cover a function. Our android fellows might lack in nostalgia but they have a history database and do know style and irony. We’re curious about how the 2K64 will be received after its release. 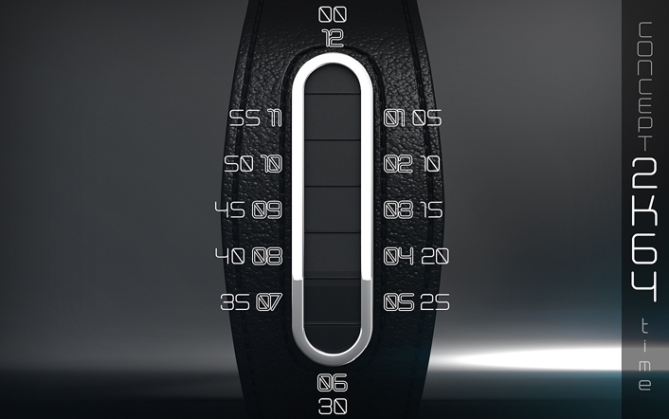 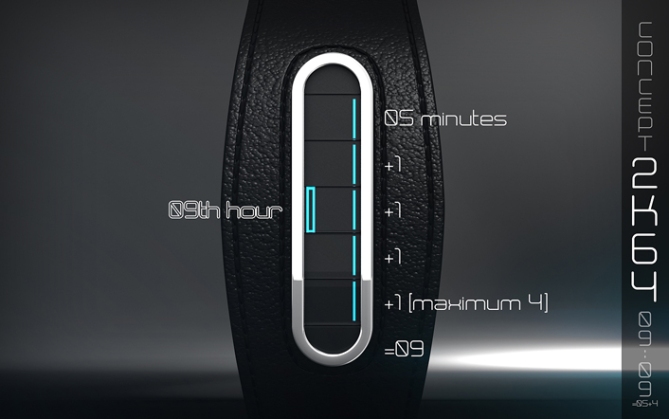 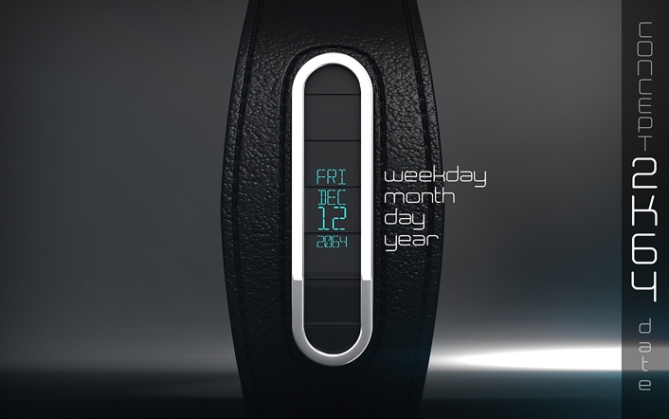 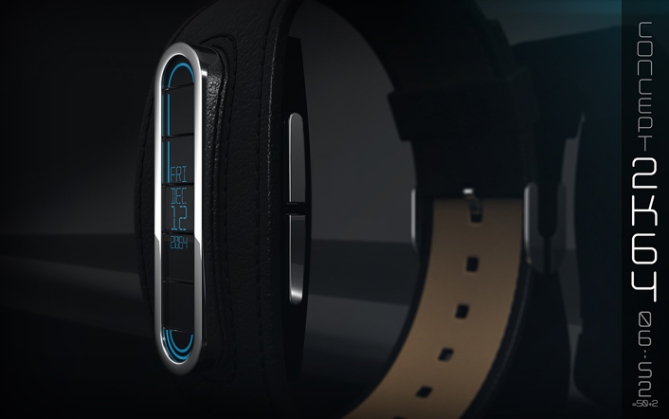 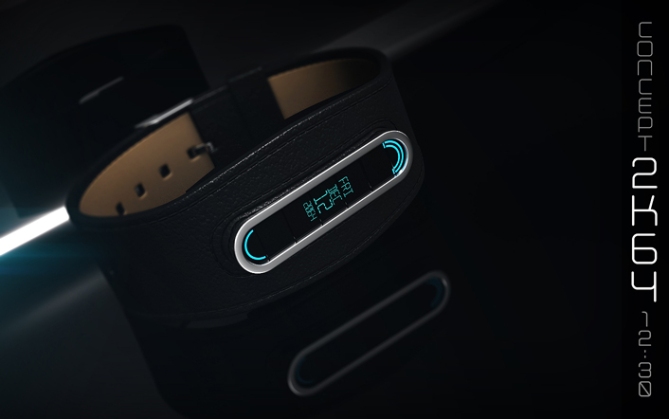 38 thoughts on “Early 21st century timepiece back in fashion.”