Sam says: My idea for UNION was to unify all digits of the time display, that are the same, to save numbers and to create an interesting look. For example a 22 would become a big 2. This is where the fun started. 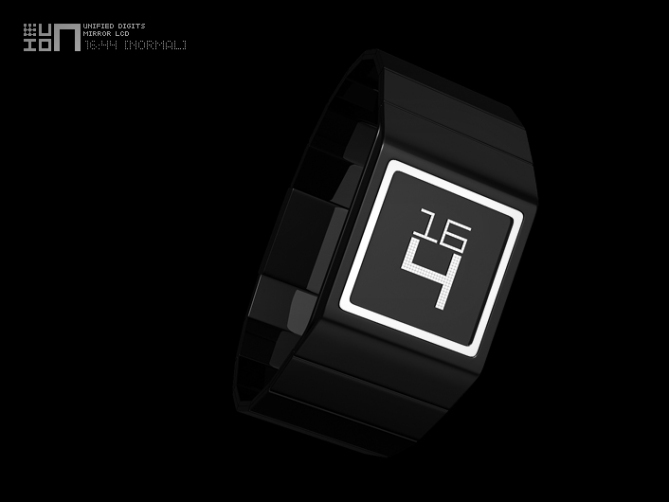 The first big rule here is: read the display like as if it’s a text passage – left to right, top to bottom. It’s not a big deal but has to be kept in mind. 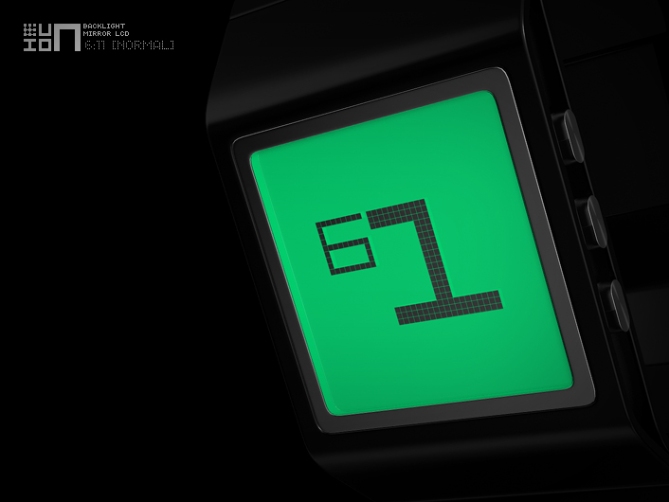 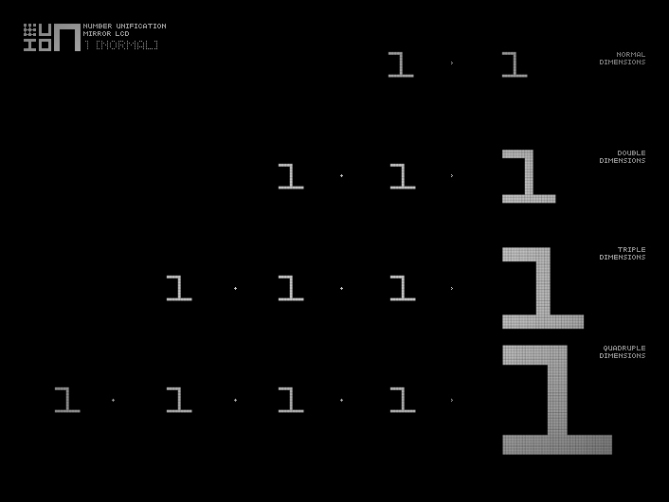 To ease up reading, these maximum four lines can be separated by clear gaps or more subtle dotted seams. Once the different sized digits can be distinguished, one can go back to the pure display mode. 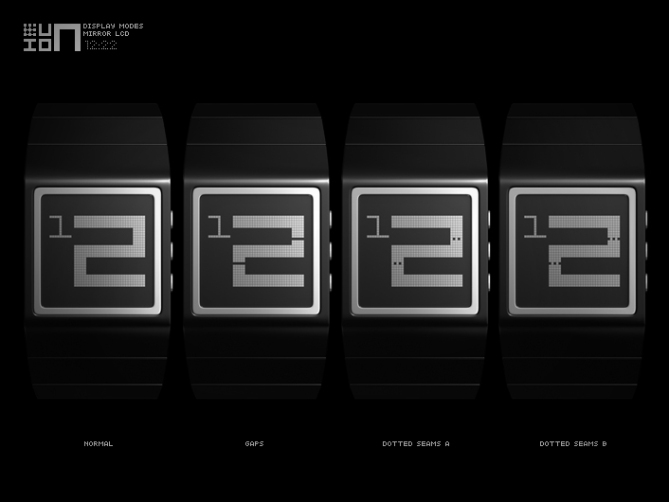 I like the different number layouts. Some look pretty scientific and remind of chemistry or mathematical numbers. Sometimes they look like eyesight test images. Of course there are classical layouts too, when no numbers are the same.

That’s it for the display. For the watch I chose a simple geometry and the mirror version of an LCD display, because both together look very stylish. Of course there are different ways possible to present this unusual display in a neutral, fashionable way. 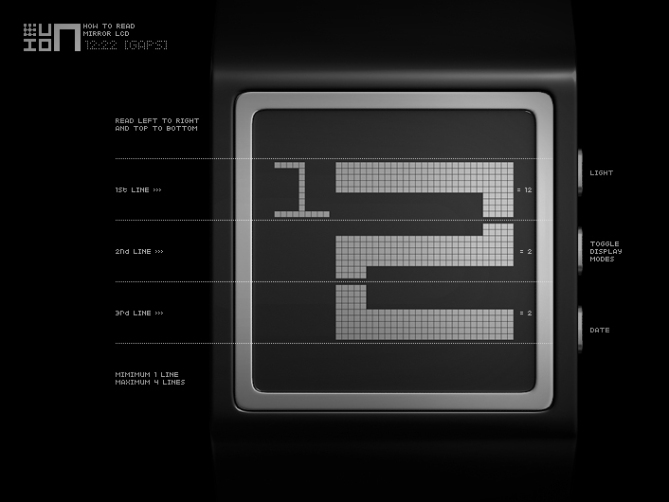 UNION is definitely a watch for geeks. But it doesn’t require much concentration, once the rules are understood. It looks interesting but not intrusive. It just uses numbers in a new way. 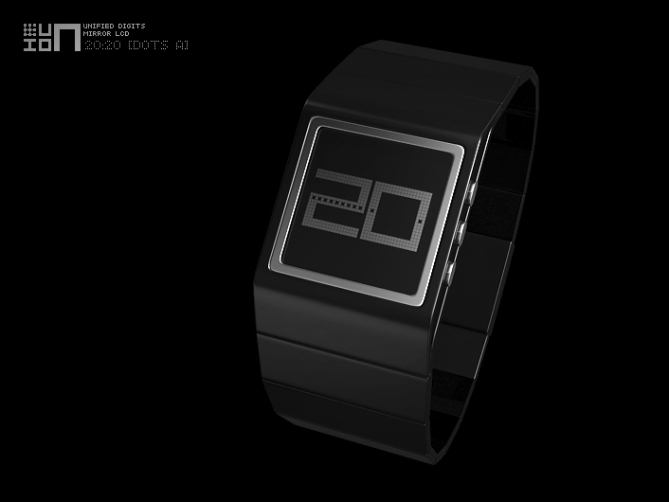 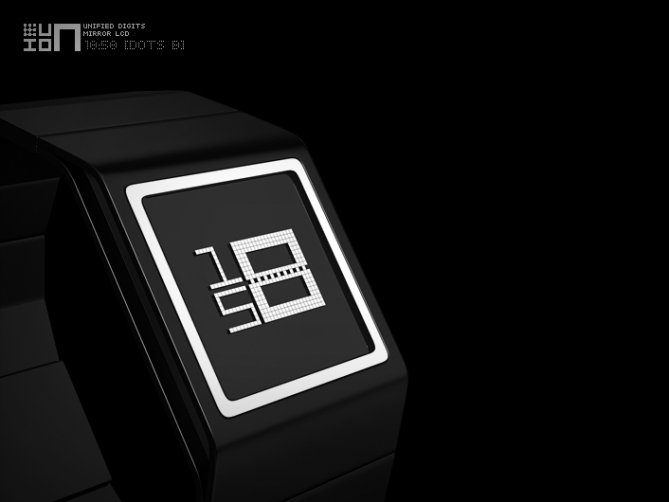 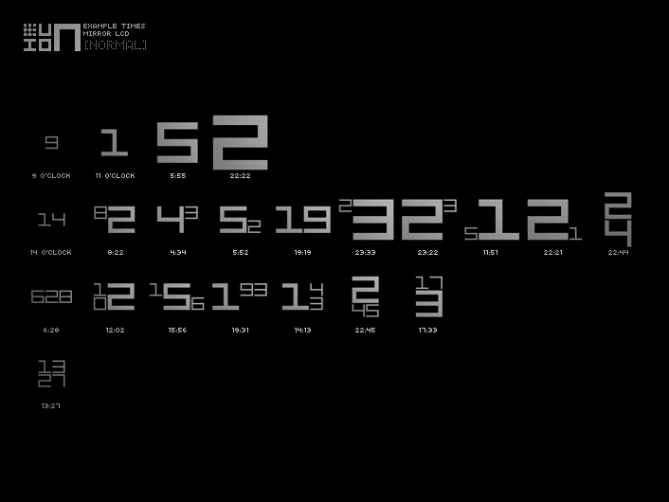 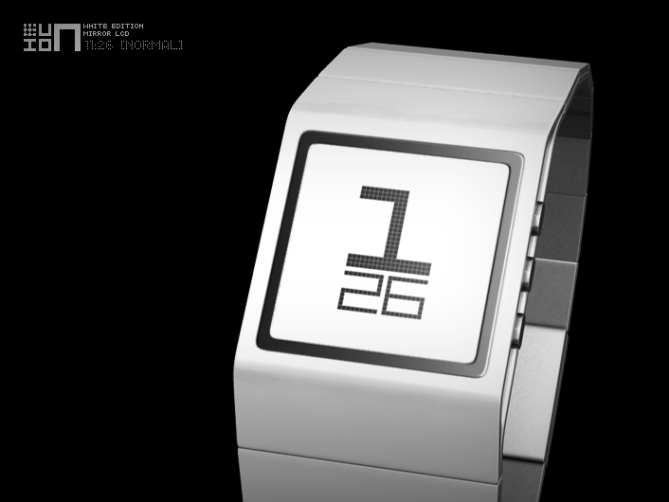 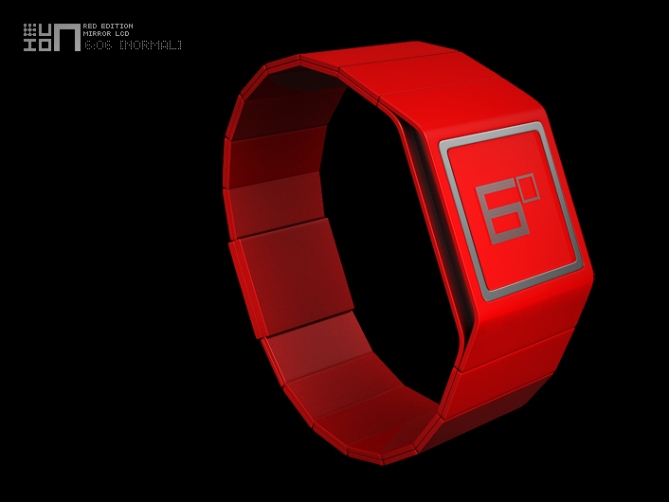 29 thoughts on “Union watch skips digits to save time.”