Peter says:This is “Hybrid” a watch that combines both LCD (or LED) with a mechanical analogue movement.

I wanted to come up with a visually simple design that is intuitive and quick to read. 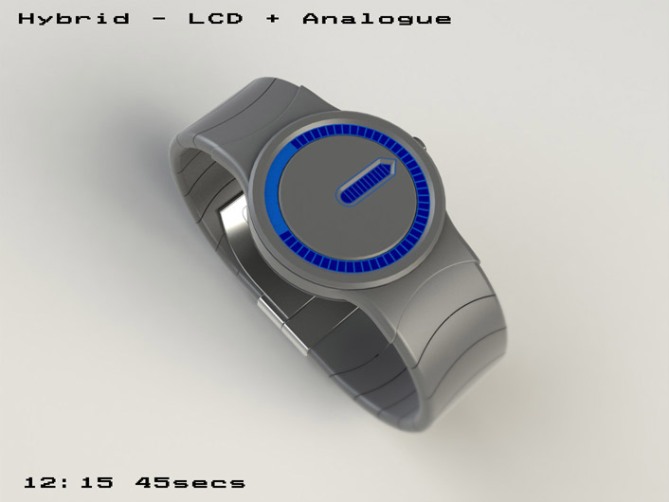 The time telling method is very simple, the arrow shaped hand has 12 LCD (or LED) blocks representing the hours. This hand is part of a disc which rotates powered by the mechanical movement to point towards the minutes. Around the outside of the disc is a ring of LCD (or LED)blocks  that represent the seconds, this gives the watch some animation.

The simple visual language is traditional in its form and proportions so shouldn’t scare off traditionalists, while the addition of the LCD (or LED) element gives the design a contemporary feel that hopefully will attract the more adventurous.

This design will hopefully stand out due to its simple time reading method and combination or new and old. Using two technologies that are tried and tested should add feasibility to the designs credentials. The form also lends itself to pre-existing watch housings, again adding to the viability. 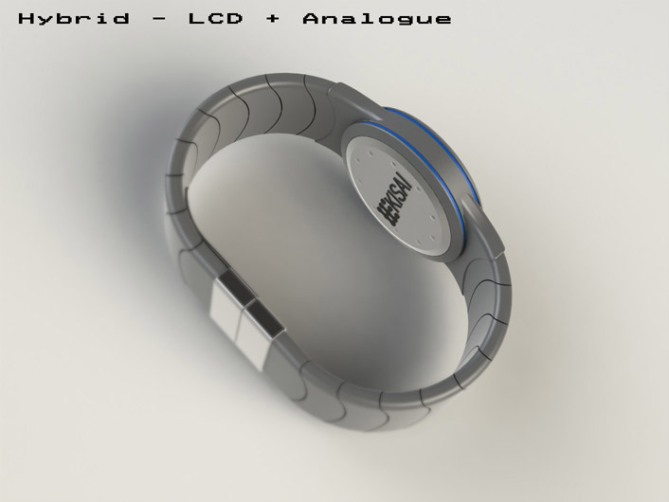 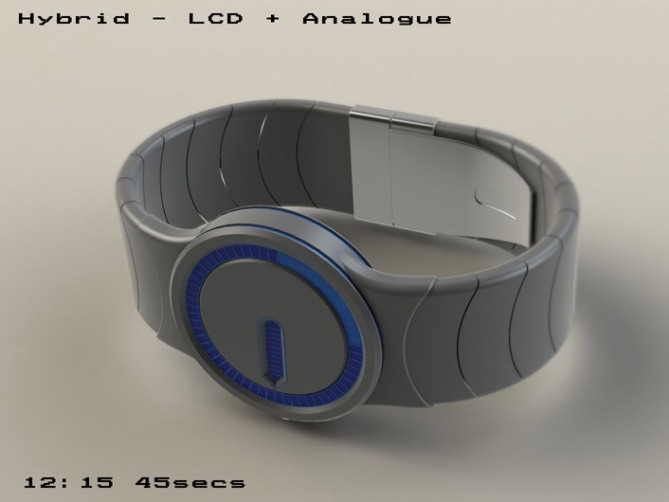 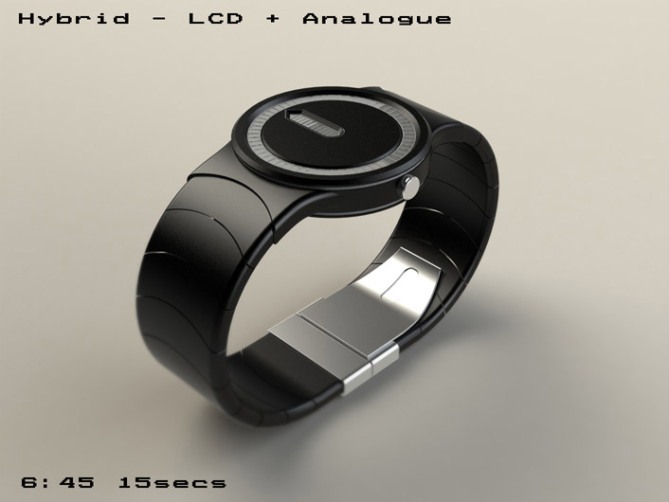 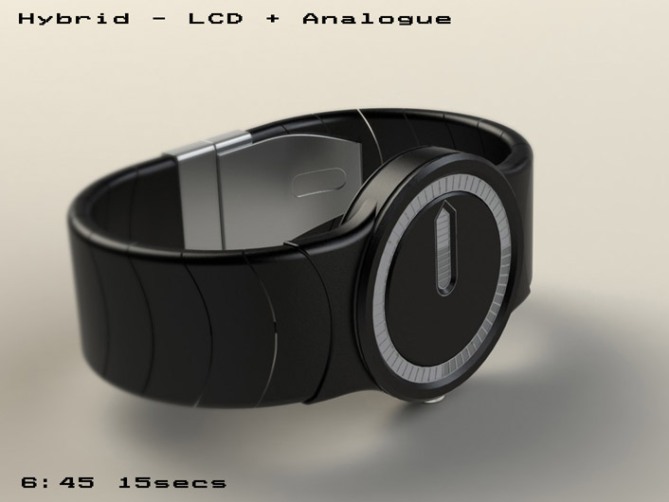 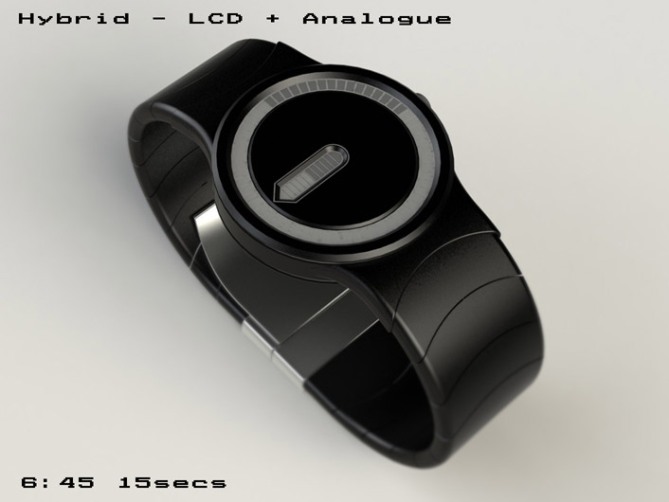 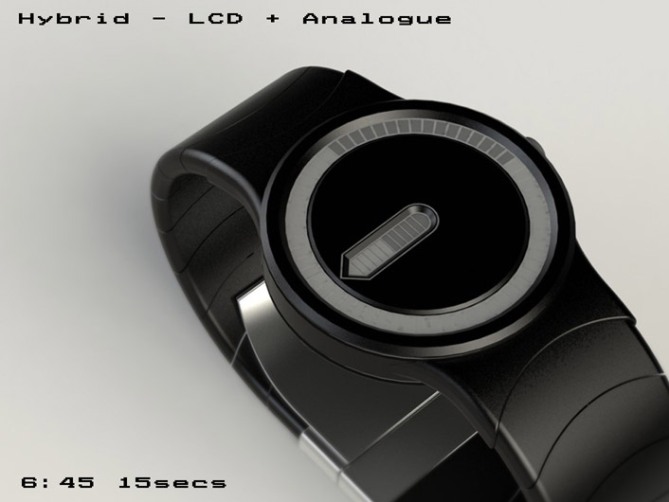 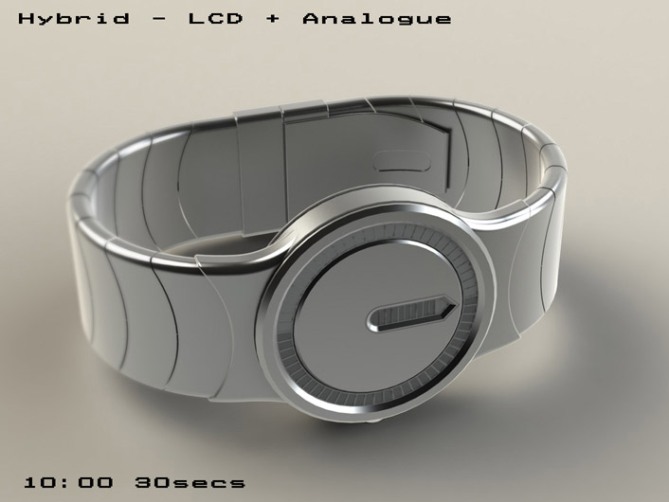 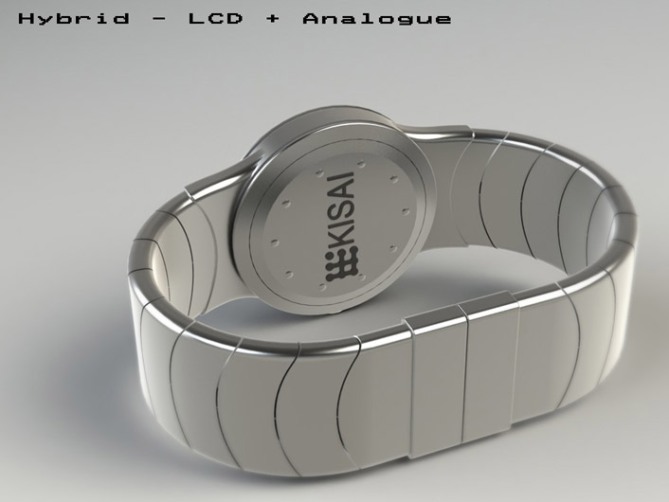 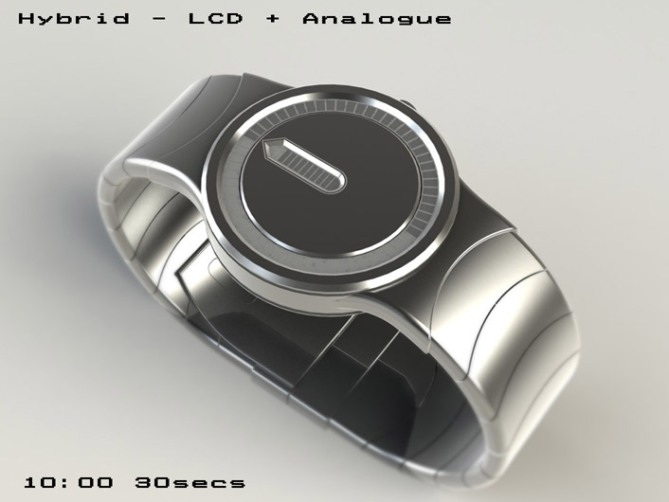